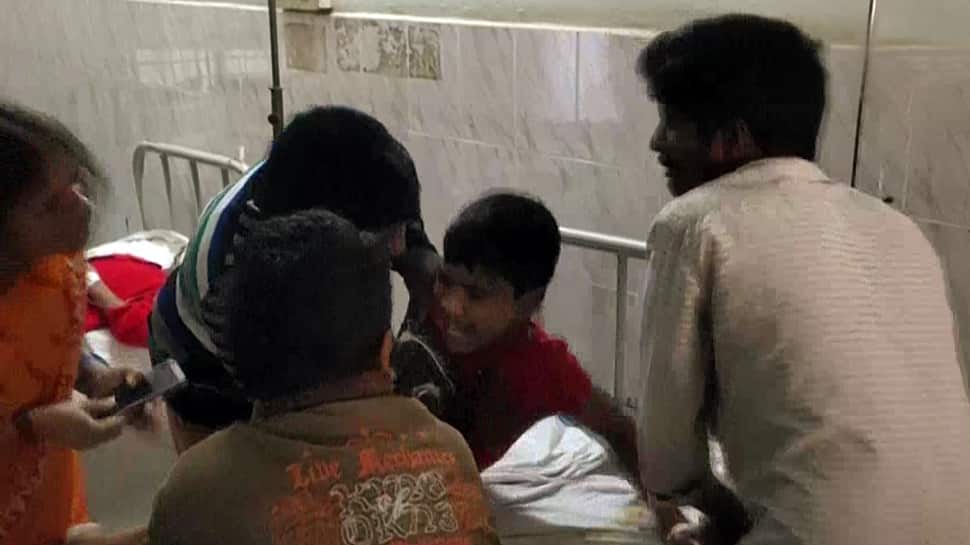 It is learnt that the people were admitted to hospital after they complained of headaches, vomiting, giddiness and epilepsy-like symptoms. According to doctots at Eluru Government General Hospital in West Godavari district, most of the patients are now in stable condition but seven have been referred to a hospital in Vijayawada for better treatment.

A man who was admitted to the hospital died on Sunday.

Initially it was reported that the people were falling sick due to consumption of contaminated water but the local authorities are yet to confirm the same.

A total of 292 people, including 46 children, and 76 women were hospitalised and around 140 were discharged after treatment.

Andhra Pradesh Chief Minister YS Jagan Mohan Reddy has been informed about the incident and he has directed officials to provide all necessary help to the affected locals. CM Reddy is scheduled to visit the hospital on Monday (December 7) to meet the patients.

Andhra Pradesh Governor Biswabhusan Harichandan has expressed concerns over the developments and has directed concerned authorities to ensure that the affected people get proper medical care. Andhra Pradesh State Health Commissioner Katamaneni Bhaskar went to Eluru on Sunday to take stock of the situation.

Team Australia to quarantine in Adelaide on return from UK ahead...

US, UK among dozen nations mount pressure on China over detention,...

A hint of new physics in polarized radiation from the early...