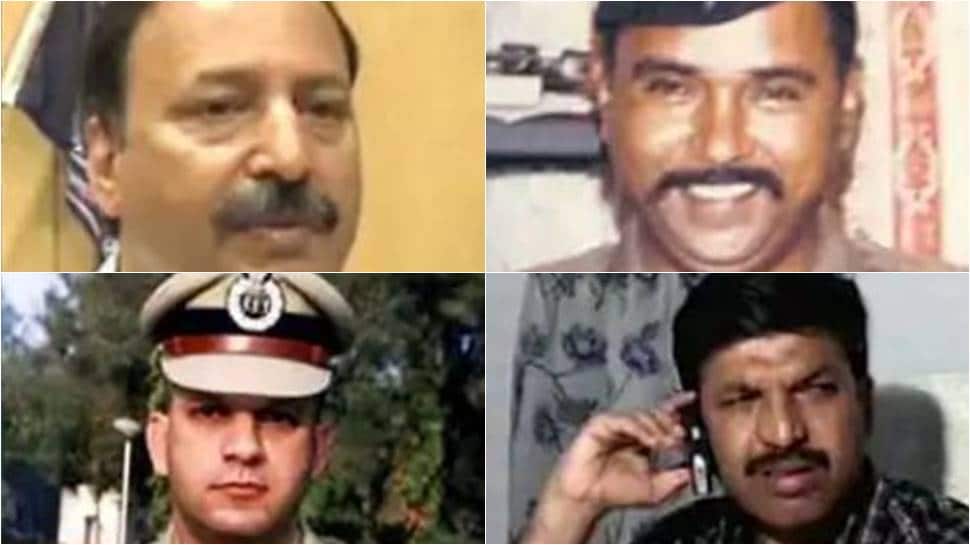 New Delhi: On the 12th anniversary of the deadly attack in Mumbai on November 26, 2008, at least 10 Lashkar-e-Taiba terrorists from Pakistan reached the city by sea and opened fire indiscriminately.

The terrorists laid seige to some of the most prominent places like the Chhatrapati Shivaji Maharaj Terminus, the Oberoi Trident, the Taj Mahal Hotel, Leopold Cafe, Cama Hospital and the Nariman House Jewish community centre, now renamed Nariman Light House.

The whole city was under a seige which lasted nearly 60-hours. As many as 166 people were killed, including 18 security personnel, and several others were left injured. Nine of the ten terrorists were killed by the security forces.

Remembering the heroes of the Mumbai attack:

Hemant Karkare, along with senior police officials Ashok Kamte and Vijay Salaskar, were killed outside the Cama Hospital after the LeT terrorists Ajmal Kasab and his partner Ismail opened fire on their police van.

Karkare had received a call about a terrorist attack at Chatrapati Shivaji Terminus (C.S.T.) station at his Dadar residence. He left with his driver and bodyguards for CST but was then informed that the terrorists had moved to the Cama and Albless Hospital.

There they managed to wound Kasab, but a second terrorist, Ismail Khan appeared and fired a volley of bullets at them. Hemant Karkare, Ashok Kamte, Salaskar and others died in a narrow lane between St. Xavier’s College and Rang Bhavan.

They were honoured with the Ashoka Chakra posthumously on January 26, 2009.

Tukaram Omble was killed in action on November 26 by two terrorists who had hijacked a car while Omble and his team were guarding one of the checkposts.

After an initial shootout, one of the terrorists was killed the other pretended to surrender but then opened fire at the police. Omble stood in front of him and held on to the barrel of Kasab’s rifle while the rest of the team managed to overpower and apprehend Kasab. Omble did not survive the attack, he had taken over 40 bullets from the AK-47 at point blank range.

On January 26, 2009, the Indian government posthumously honoured Omble with the Ashoka Chakra

Peter Dinklage of ‘Game Of Thrones’ to star in ‘Toxic Avenger’...