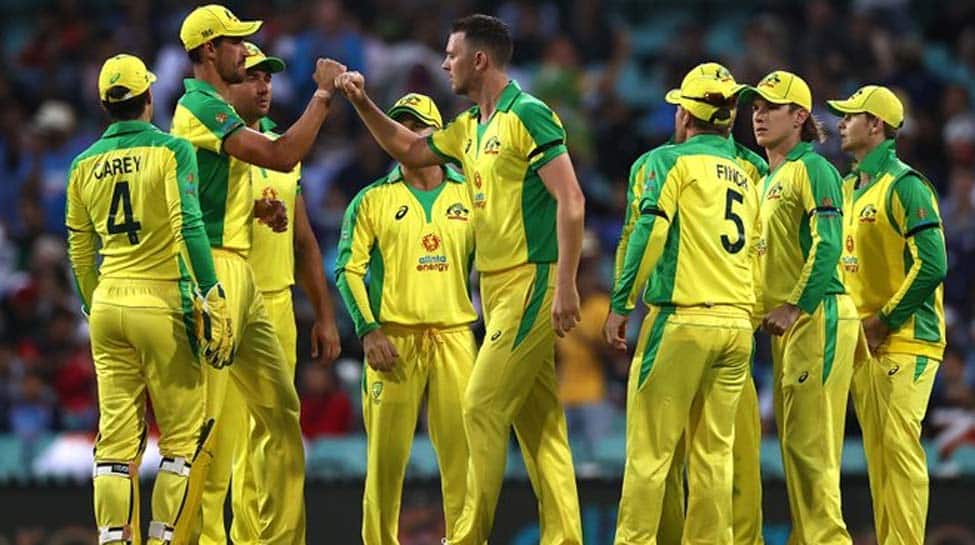 Openers Aaron Finch and David Warner hammered a magnificent century each before the bowlers came to the fore to help Australia clinch a comfortable 66-run victory over India in the opening ODI of the three-match series at the Sydney Cricket Ground (SCG) on Friday.

Australia won the toss and opted to bat first against the Men in Blue.

Skipper-cum-opener Finch and Warner provided their side with a perfect start as the duo shared a mammoth partnership of 156-run stand for the first wicket.

Mohammed Shami finally managed to give breakthrough to India by removing Warner for 69. The Australian opener was caught behind the wicket by KL Rahul on the fifth ball of 28th over.

Subsequently, Finch brought up his 17th ODI century off 117 deliveries besides also sharing another century stand of 108 runs with Steve Smith.

Finch finished his innings at 124-ball 114, including nine boundaries and two maximums. Smith then completed a blistering knock of 105 runs off 66 deliveries to help Australia post a massive score of 374 for six.

Meanwhile, all-rounder Glenn Maxwell was other notable contributor for the home side with 19-ball 45 runs.

For India, Shami finished with figures of three for 59 in his 10 overs. Jasprit Bumah, Navdeep Saini and Yuzvendra Chahal all chipped in with a wicket each.

In reply, openers Mayank Agarwal and Shikhar Dhawan made a decent start for the Men in Blue by sharing a 53-run stand for the opening wicket before the former was dismissed by Josh Hazlewood for 22.

Subsequently, skipper Virat Kohli (21), Shreyas Iyer (2) and KL Rahul (12) all failed to contribute much to their side’s innings and fell cheaply.

Dhawan then staged a late fight back along with Hardik Pandya as the duo not only scored a fifty each but also shared a 128-run stand for the fifth wicket to bring the Men in Blue back into the game.

While Dhawan finished his innings at 86-ball 74, Pandya fell 10 runs short of his century and departed for 76-ball 90 runs.

Following the duo’s dismissal, Ravindra Jadeja (25) and Navdeep Saini (unbeaten at 29) tried hard to guide India past the mark but the Australian bowlers managed to restrict the visitors to a score of 308 for eight.

Adam Zampa was the pick of the bowlers for the home side with figures of four for 54, followed by Josh Hazlewood’s three for 55. Mitchell Starc also claimed a wicket each.

Steve Smith was declared ‘Man of the Match’ for third-fastest ODI century for Australia.

The two sides will next lock horns in the second ODI on November 29 at the same venue.