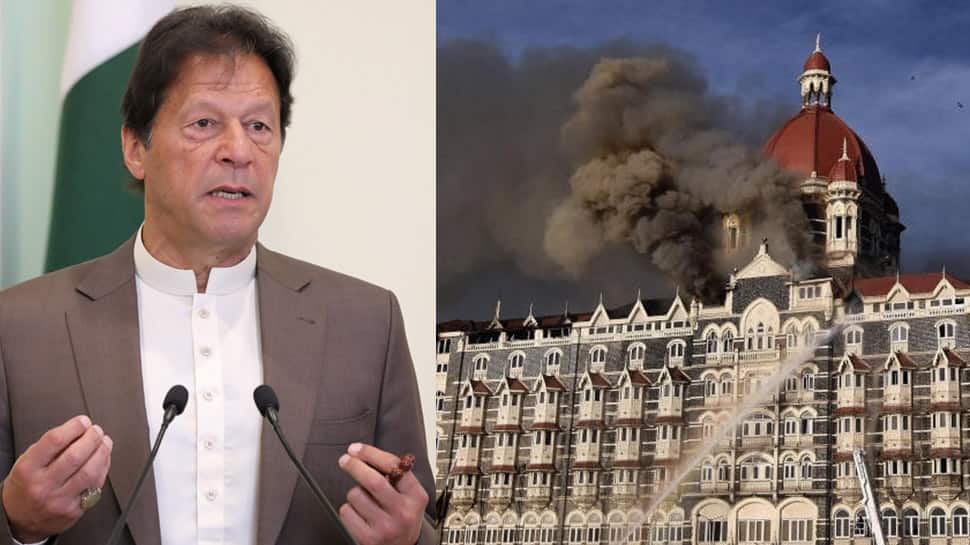 As people across the world paid their respects to the victims of the 26/11 Mumbai terror attacks on Thursday, the members of the European Parliament have vehemently criticised Pakistan. In a letter, the members questioned the Imran Khan government on the actions it has taken against Lashkar-e-Taiba, the terrorist organisation behind the massacre.

It also asked Pakistan what action it is taking against terrorist groups operating within the country in general. The letter also stated that former Pakistan prime minister Nawaz Sharif has alluded to the country’s role in the terrorist activities of 2008.

“As Members of the European Parliament, we write to you to ask what action Pakistan has taken against Lashkar-e-Taiba, the extremist Islamist terrorist organisation, based in Pakistan, known to have carried out the multiple shooting and bombing attacks that happened in Mumbai in 2008? Additionally, what action has, and is, Pakistan taking against terrorist groups operating within the country in general?” read the letter.

“Whilst the former Prime Minister of Pakistan has alluded to Pakistan’s role in the terrorist activities of 2008, it is vital that the victims have closure when the due process is carried out through the judiciary system and the actions of the assailants and their accomplices are condemned by state leaders through their actions to prevent impunity,” it added.

“On 26 November 2008, an extremist terrorist organisation, Lashkar-e-Taiba, based in the Islamic Republic of Pakistan, claimed responsibility for the Mumbai bombings in which 166 innocent people were murdered, nine attackers killed and more than 300 individuals sustained injuries. Subsequent documented evidence from United States intelligence reports, from India’s intelligence services including DNA, photographs and identification of the origins of the attackers; and an admission by Pakistan’s former Prime Minister Nawaz Sharif s of the country’s involvement in the crimes; highlight the engagement of accomplishes in Pakistan. However, to date, the senior coordinators and promoters who orchestrated the attacks remain at large,” stated the letter.

“In any terrorist attack, including those Pakistan has witnessed recently in its own country, hundreds of families suffer through the death or injury of a loved one. Furthermore, individuals of the emergency services who are forced to witness the horrors resulting from these attacks also risk being harmed or suffering long term psychological damage. It is in everyone’s interests to stop terrorism,” it added.

The letter further added, “As you are well aware, Europe is also suffering from the impacts of horrific acts of terrorism at this current time and thus expresses sympathy with those who are forced to commemorate anniversaries of such tragedies. It is therefore essential that justice is served on those who have carried out. instructed or supported such terrorist activities. It is equally important that leaders of countries publicly condemn these acts of violence and proceed to ensure justice is done for the victims, by apprehending and sentencing the perpetrators.”

“Terrorism is the unlawful use of violence and intimidation, especially against civilians, often in pursuit of political or ideological aims. As European politicians, we are committed to fighting against terrorism and extremist violence. We all have a responsibility to condemn terrorism and bring to justice those who perpetrate such actions,” it added.

Twelve years after the 26/11 attack, Pakistan has placed 19 members of the banned Lashkar-e-Taiba (LeT) in a list of the “Most Wanted Terrorists” for their role in the heinous assault, but it has not initiated any serious efforts to nab them and also punish seven others who are facing trial, as reported by news agency PTI.

The security agencies are clueless about the whereabouts of these 19 most wanted terrorists. Some of them have been hiding in Pakistan and others are believed to have fled the country. These terrorists were either crew members of the boats used by the attackers or financiers of the 26/11 attack, added PTI.

The move to place 19 LeT terrorists in the list apparently came following the Paris-based global money laundering and terrorist financing watchdog’s recent decision to retain Pakistan on its grey list till February 2021. The Financial Action Task Force made the decision after Islamabad failed to fulfil its six key obligations, including failure to take action against two of India’s most wanted terrorists, Jamat-ud-Dawa (JuD) chief Hafiz Saeed and Jaish-e-Mohammed head Masood Azhar.

The Federal Investigation Agency (FIA), Pakistan’s top investigating agency, has been probing the Mumbai terror attack case since 2009 and is looking for the 19 “most wanted terrorists” involved in the deadly terror assault that sent shockwaves across the country and even brought India and Pakistan to the brink of war.

In November 2008, 10 LeT terrorists sailed into Mumbai from Karachi and carried out coordinated attacks, killing 166 people and injuring over 300. Nine of the attackers were killed by police while lone survivor Ajmal Kasab was caught and hanged after a trial in India. On the 12th anniversary of the Mumbai terror attack, its mastermind Saeed is in jail in Lahore, serving a collective over 21-year sentence under terror financing charges.

Saeed, an UN-designated terrorist whom the US has placed a USD 10 million bounty on, was arrested on July 17 last year. Saeed-led JuD is the front organisation for the LeT. And the LeT operations commander Zakiur Rehman Lakhvi has been operating with impunity in the country after securing bail in the Mumbai terror attack case over five years ago.

The 26/11 case has been pending in the anti-terrorism courts of Rawalpindi/Islamabad since 2009. The other six accused — Abdul Wajid, Mazhar Iqbal, Hamad Amin Sadiq, Shahid Jamil Riaz, Jamil Ahmed and Younis Anjum — who are facing charges of abetment to murder, attempted murder, planning and executing the Mumbai attack, are lodged at the high-security Adiala Jail in Rawalpindi.

Bacterial cellulose degradation system could give boost to biofuels production

Indian Air Force Day 2020: Know why event is celebrated on...