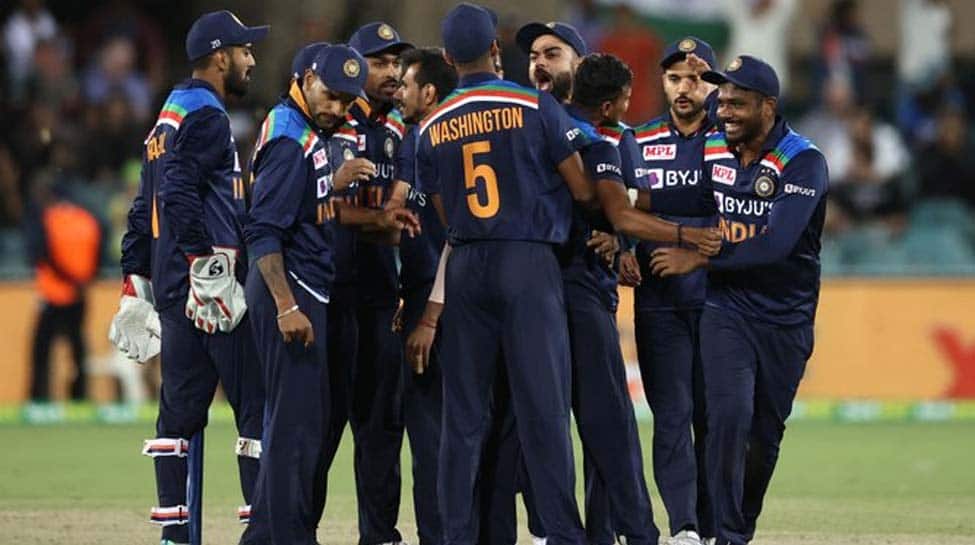 Opening batsman Shikhar Dhawan hammered a crucial half-century, while all-rounder Hardik Pandya smashed a quick-fire unbeaten knock of 42 runs as India swept aside Australia by six wickets in the second T20I of the three-match series at the Sydney Cricket Ground (SCG) on Sunday.

With the win, the Virat Kohli-led Men in Blue has now taken an unassailable 2-0 lead in the series against the Aussies.

Stand-in skipper Matthew Wade then notched up a crucial half-century of 58 runs off just 32 deliveries besides sharing a 47-run stand for the third wicket with Steve Smith (38-ball 46).

Subsequently, Glenn Maxwell and Moisis Henriques contributed 22 and 26 runs, respectively, while Marcus Stoinis and Daniel Sams remained unbeaten at the crease at their respective scores of 16 and eight as Australia posted a good total of 194/5 in their stipulated 20 overs.

For India, T Natarajan finished with decent figures of two for 20, while Shardul Thakur and Yuzvendra Chahal chipped in with a wicket each.

In reply,openers KL Rahul and Shikhar Dhawan provided a good start to the visitors by sharing a 56-run stand for the opening wicket.

While Rahul departed for 22-ball 30, Dhawan finished with a crucial half-century of 52 runs off 36 deliveries with the help of four boundaries and two maximums.

Skipper Virat Kohli then notched up a quick-fire 24 ball 40 runs, which was decorated with two boundaries and two sixes, before being caught behind the wicket by Matthew Wade on a Daniel Sams delivery.

Hardik Pandya, who came to bat at No.5 spot, then hammered the Australian bowlers all over the park as he ended his innings unbeaten at 22-ball 42 alongside Shreyas Iyer (12 runs) to help India cross the mark in 19.4 overs.

Pandya was declared ‘Man of the Match’ for his match-winning knock.

Daniel Sams, Andre Tye, Mitchell Swepson and Adam Zampa all contributed with a wicket each.

India, who have now clinched the series with a game to spare, will now lock horns with Australia on Tuesday at the same venue.

Nerve cell activity shows how confident we are

Will do whatever is needed to ensure that the film industry...