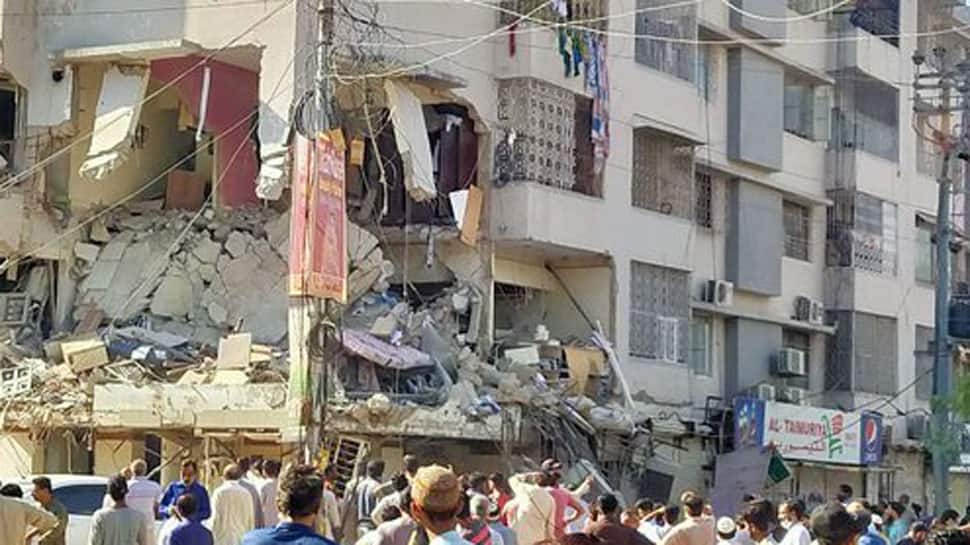 At least three people died and around 15 got injured after an explosion hit a four-storey building in Pakistan’s Karachi on Wednesday (October 21). It is learnt that the massive blast occurred at a building opposite the Karachi University Maskan gate in Gulshan-e-Iqbal.

All injured and deceased have been taken to hospital, Dawn reported. The police was yet to ascertain the cause of the blast but it is claimed that it “seems to be a cylinder blast”. The blast took place on the second floor of a building. On Tuesday, five people were injured when a bomb exploded at a bus terminal near Sheerin Jinnah Colony.

The deadly took place at a time when Pakistan Army chief General Qamar Javed Bajwa has ordered an enquiry into rumours that Sindh police chief was kidnapped by Pakistan army troops in order to put pressure on Karachi police to arrest Safdar Awan, the son-in-law of former Pakistan prime minister Nawaz Sharif.

According to The International Herald, 10 Karachi police officers were killed in clashes that broke out in the financial capital of Pakistan. It also claimed that a ‘civil war’ has broken out following the violent clashes between police and the Army.

The media wing of Pakistan army said in a statement that Army chief Bajwa had directed the Karachi Corps Commander to “immediately inquire into the circumstances” to determine the facts and file a report as soon as possible.

It may be recalled that Safdar and Maryam, who is also PML-N Vice President, were in Karachi few days to participate in a rally of the opposition’s Pakistan Democratic Movement (PDM) when Safdar was arrested from their hotel room. It is learnt that Safdar was taken into custody by Karachi police for allegedly disrespecting the mausoleum of the country’s founder Mohammad Ali Jinnah. Safdar was later released on bail.

Unlock 5.0: Here are the guidelines issued by MHA for social...

Want to win the game and see James Anderson get 600...

Winning series is priority for me over personal achievements: Ajinkya Rahane...

UP CM Yogi Adityanath asks police to act with sensitivity in...

Major blow to Pakistan and China as US places them on...