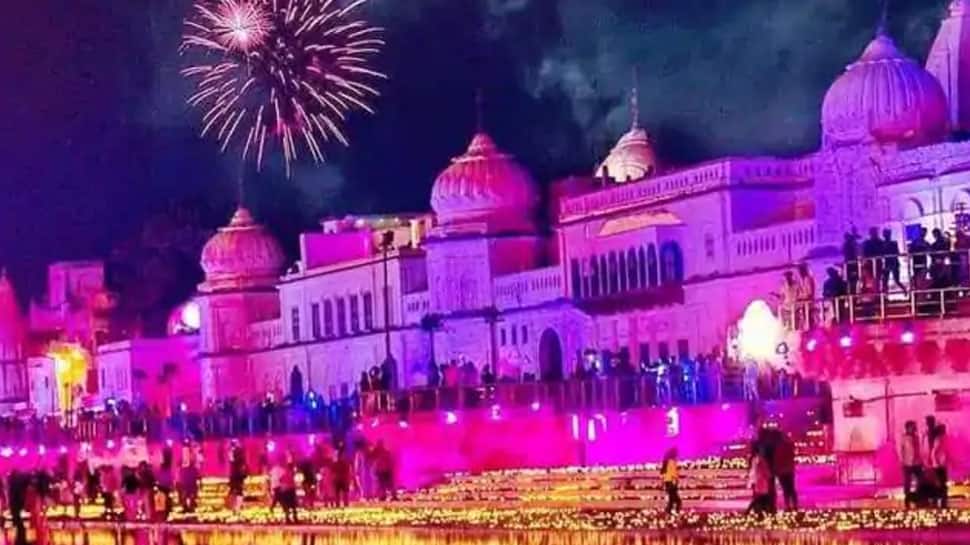 LUCKNOW: The Uttar Pradesh government has decided to celebrate ‘Deepotsav’ at the Ram Janmbhoomi site in Ayodhya this Diwali.

Around 5 lakh earthen lamps will be lit this Diwali for ‘Deepotsav’ at the Ram Janmbhoomi site, according to Neelkanth Tiwari, Tourism Minister, Uttar Pradesh.

“5 lakh earthen lamps will be lit this Diwali for ‘Deepotsav’ at Ram Janmbhoomi site, an event which has been pending for the last 500 years,” the minister said.

After struggling for 500 years, the Supreme Court finally authorised the central government to start the construction of the Ram Mandir in Ayodhya. This ‘Deepotsav’ would have been attended by crores if not for COVID-19. But we’re imploring people to not throng here but watch it live digitally, the UP Tourism Minister said.

Over 5-lakh earthen lamps will be lit in this year’s Deepotsav. And this will be the first time that it will be held at the Ram Janmbhoomi site, an event which has been pending for the last 500 years: Neelkanth Tiwari, Tourism Minister, Uttar Pradesh https://t.co/uJHkw89wzF

Uttar Pradesh Chief Minister Yogi Adityanath has directed the officials to make all preparations for a grand Diwali festival in Ayodhya in strict compliance with the coronavirus guidelines.

During a meeting to review the preparations for the ‘Deepotsav’, CM Adityanath said that 5.51 lakh earthen lamps would be lit at the Ram ki Paidi ghats in Ayodhya on the occasion. The UP CM will also visit the Ram Janmabhoomi and light earthen lamps, according to the state government spokesperson.

A grand ‘Deepotsav’ is organised in Ayodhya every year ever since the BJP government came to power. It will be organised from November 12-16 by the Tourism Department, district administration and the Ram Manohar Lohia Avadh University.

On the day of Tam Temple Bhumi Pujan in Ayodhya, the festival of ”Deepotsav” was organized at the ghats of Ayodhya. A day before Deepawali, all major temples and ghats will be beautifully decorated with lights and earthen lamps.

In the afternoon, Uttar Pradesh Chief Minister Yogi Adityanath will also witness a tableau parade on a wide range of themes that will begin from the Saket College to Ram Katha Park in Ayodhya.

Massive earthquake of magnitude 6.3 hits Tajikistan; all you need to...

PM Narendra Modi to lay foundation of 9 highway projects of...