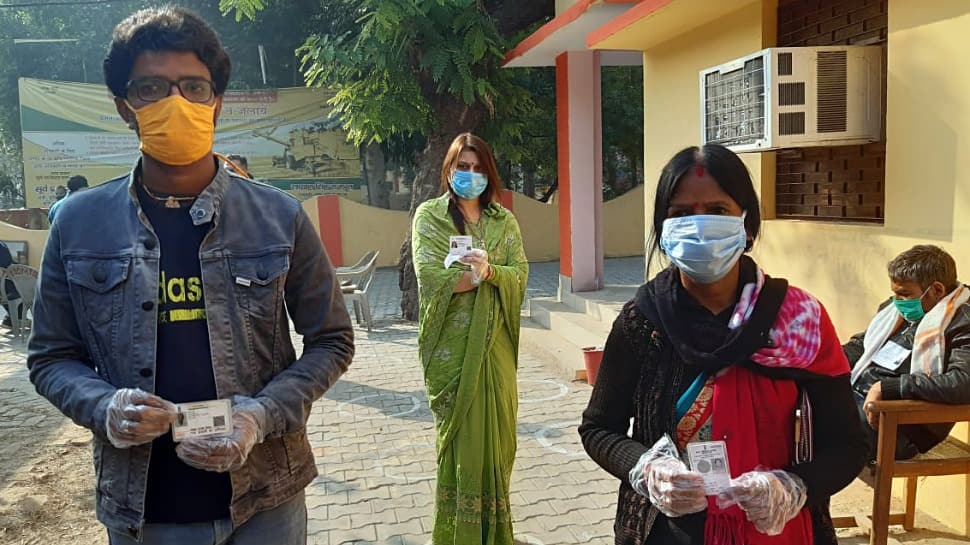 Lucknow: Polling stood at 55.47 per cent as voters exercised their franchise in the election for 11 seats of the Uttar Pradesh Legislative Council on Tuesday, the state election commission here said.

Voting went on from 8 am to 5 pm. The results will be declared on December 3.

In Farrukhabad district, reports stated that supporters of the Samajwadi Party and BJP candidates were involved in a clash.

There are 199 candidates in the fray.

BJP, SP, Congress and several teachers’ associations are contesting, while the BSP is not participating in the polls.

The term of office of the 11 MLCs from these constituencies expired on May 6, they said.

In Mohammadabad booth of Farrukhabad, supporters of the SP and BJP candidates clashed during the polling in which senior Sub Inspector Hariom Tripathi who rushed there to resolve the matter got pushed. The rival groups were later pacified.

In Rajepur area of Farrukhabad, BJP leader Vibhavesh Singh alleged that when he was casting his vote,?SI Rama Shankar snatched and tore his ballot paper. Senior officers later removed the SI from the spot to bring the tempers down.

Both persons were brought to the police station from where they were later let off on a personal bond, the SP said, adding that he is not yet aware of the incident regarding the tearing of ballot paper in Rajepur.

What Govinda has to say about Krushna Abhishek and Kashmera Shah’s...

Angry because of mosquitoes? Want to get rid of them? Follow...