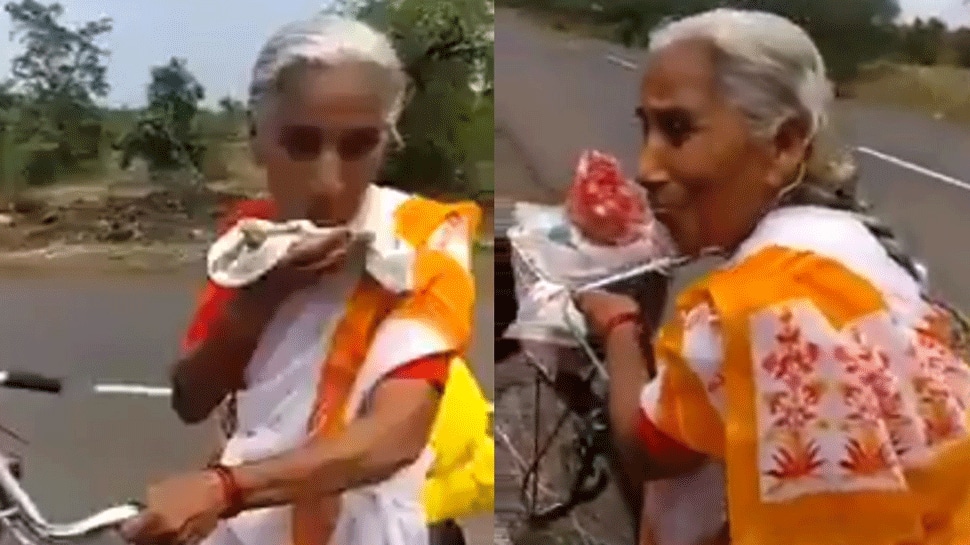 Mumbai: Devotion can make us take up any challenge. A 68-year-old woman from Maharashtra’s Buldhana district is travelling alone to Vaishno Devi on her bicycle covering a distance of 2200 kilometers.

Her video is going viral on social media, in which she can be seen riding the bicycle alone on her way to Vaishno Devi. Soon after her video went viral, people started praising the dedication and courage of the elderly woman on social media.

A 68 year old Marathi lady is going to Vaishnodevi on her own, alone, by geared cycle. 2200 km from Khamgaon. Mother’s power  #MatruShakti pic.twitter.com/TcoOnda2Zg

Some Twitter users also asked people to come forward and help her. One user wrote, “Give a lift to a woman and help in the journey. Jai Mata Di.”

Another user wrote, “Incredible! I hope that she completes her journey safely. It is difficult to get strength, courage and faith like him these days. We all have a lot to learn from our elders. Jai Mata Di.” “

Why does Anand Mahindra think it’s time to move to Mars?...