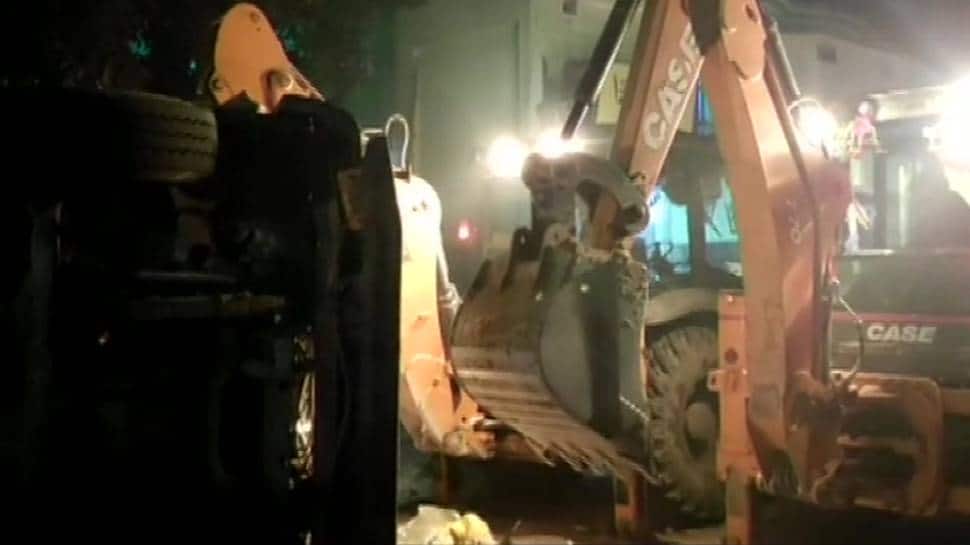 Kaushambi: Atleast 8 people were killed in Uttar Pradesh’s Kaushambi district on Wednesday morning when a truck, laden with stones, overturned on a car that was parked near the road.

All the eight passengers in the car were killed on the spot. At least two more are feared trapped, reported ANI.

The accident apparently took place when a tyre of the truck carying burst, causing it to overturn.

“The incident occured at around 3:30 am. There were 8 persons inside the Scorpio car on which the truck overturned. Seven people including the driver, died immediately. The truck had a tyre burst because of which it had overturned. A probe is being conducted into the accident,” the Kaushambi district magistrate was quoted as saying by ANI.

The police reached the spot and are using gas cutters to rescue the trapped passengers.

A police spokesman said, the deceased were all from one village and were returning from a wedding when the incident took place.

While, Chief Minister Yogi Adityanath expressed condolences over the incident and has directed officials to ensure proper treatment to the injured

US President Donald Trump tweets ‘I WON THE ELECTION’, here’s how...

Safe pregnancy is possible for women with interstitial lung disease

Love you all, says Donald Trump in his first public appearance...