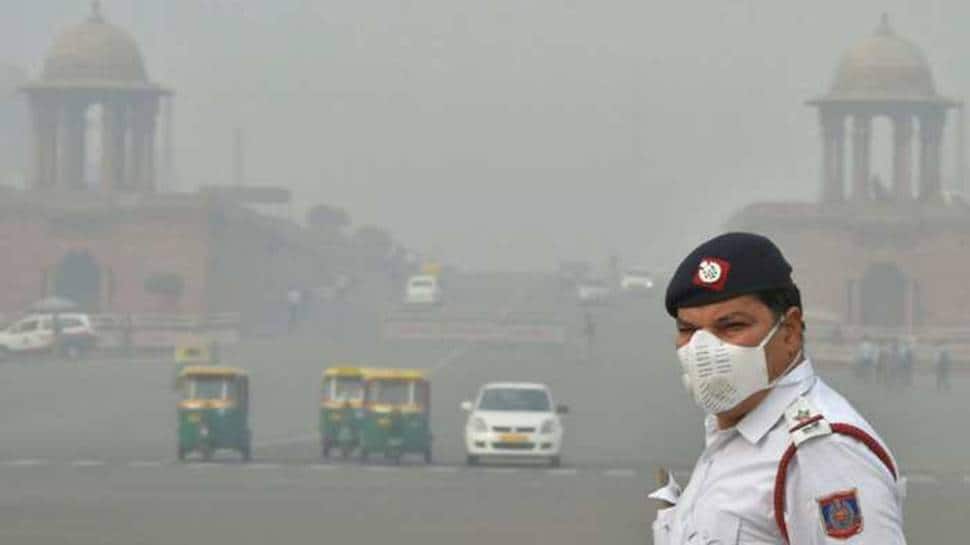 New Delhi: The air pollution in Delhi continues to be in ‘severe’ category with most areas in the national capital reporting an Air Quality Index (AQI) of over 400 though there is a slight improvement in the air on Wednesday than on Tuesday.

The visibility in the city has reduced considerable due to the smog and haziness.

While the national capital region like Noida, Gurgaon and Faridabad too have been choking with pollution in ‘very poor’ category and AQI levels at 390, 402 and 355, respectively.

On Tuesday morning, Delhiites had woken up to extremely polluted air as the AQI was measured to be in the `severe` category, with overall Air Quality Index at 761, said the India Meteorogical Department (IMD).

The dominant pollutant was PM10  and the visibility in the city was reduced to 192 meters at 9 AM on Tuesday.

US aims at helping India develop its own defense industrial base,...

Rajasthan: Death toll of infants rises to 12 at Kota hospital,...