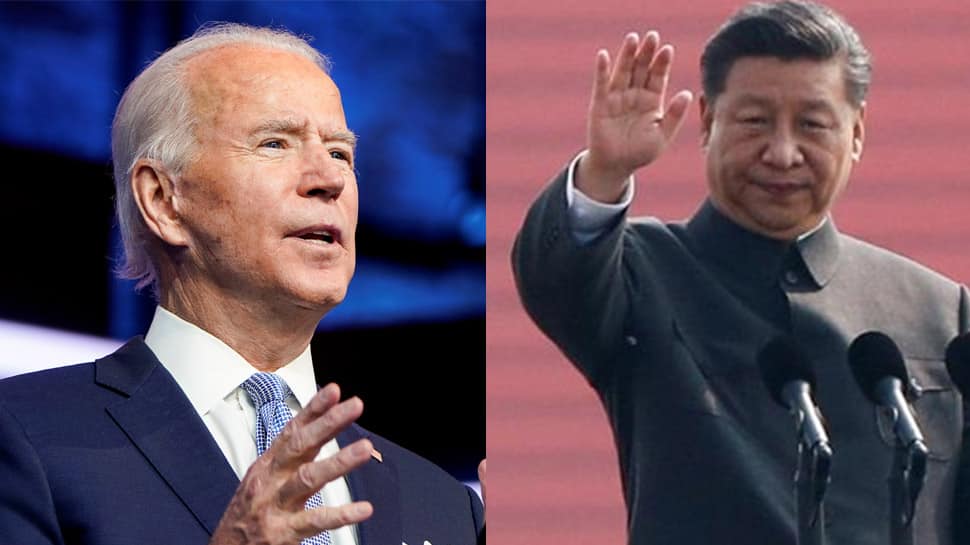 BEIJING: Chinese President Xi Jinping on Wednesday finally congratulated Joe Biden on winning the US presidential election held on November 3. This comes more than three weeks after Biden became the US President-elect and with this Xi becomes one of the last major leaders to congratulate the Democratic presidential candidate.

Sino-US relations have deteriorated to their worst in decades during incumbent US President`s Donald Trump`s four years in office, with disputes simmering over issues from trade and technology to Hong Kong and the coronavirus.

Xi expressed hope that the two countries will uphold the spirit of non-confrontation and advance the healthy and stable development of bilateral ties, news agency PTI reported quoting official media.

In his congratulatory message to Biden, Xi said healthy ties between the world`s two biggest economies were not only in the fundamental interests of their two peoples but also expected by the international community, PTI reported quoting state-run Xinhua news agency.

Xi said he hopes that the two sides will uphold the spirit of non-conflict, mutual respect and win-win cooperation, focus on cooperation, manage differences, and join hands with other countries and the international community to promote the noble cause of world peace and development.

The Chinese president’s message came as US President Donald Trump’s government authorised President-elect Biden to begin a formal transition process. However, Trump has not yet conceded and vowed to persist with efforts to change the vote, which have so far proved fruitless.

China initially hesitated to congratulate Biden after Republican incumbent President Trump refused to concede. However, China on November 13 shed its hesitation and congratulated Biden and his running mate Harris for their victory, saying that it respects the choice of the American people.

“We have been following reactions on the US elections from both within the US and the international community,” Chinese foreign ministry spokesman Wang Wenbin had told a media briefing on November 13. “We respect the American people’s choice and we extend congratulations to Biden and Harris and we understand that the result of the US presidential elections will be determined following the US laws and procedures,” Wang had said.

China`s foreign ministry congratulated Biden on November 13, nearly a week after many US allies had, holding out as Trump, who is still challenging the election results, refused to concede defeat. In 2016, Xi sent congratulations to Trump on November 9, a day after that year`s election.

Trump’s four years in power were the worst phase in China-US relations as the ruling Communist Party of China headed by President Xi struggled to deal with what Chinese officials say is the most elusive and unpredictable American leader ever since former US President Richard Nixon in 1972 established ties with the Communist nation.

During his tenure, Trump pushed aggressively on all aspects of US-China ties, including with his relentless trade war, challenging China’s military hold on the disputed South China Sea, its constant threats to Taiwan and branding coronavirus as ‘China virus’ after it emerged from Wuhan in December in 2019.

with inputs from agencies

Misuse of steroids is cause of mucormycosis, says Randeep Guleria |...

Indian Railways to operate 46 special trains for Diwali and Chhat...