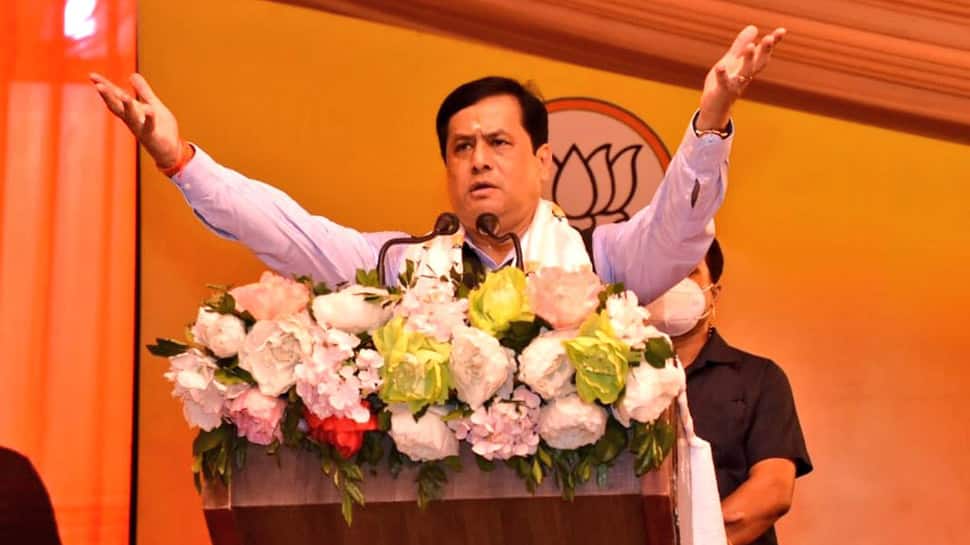 Days after the violent clashes at the Assam and Mizoram border, Assam Chief Minister Sarbananda Sonowal on Monday thanked Prime Minister Narendra Modi for his assurance to solve the matter. Seven people were injured after clashes broke out between two groups of people from Assam and Mizoram near the border areas.

More than 20 temporary bamboo huts and stalls built along the national highway were set on fire on the Assam-Mizoram border on October 17 (Saturday) night in a flare-up of the border dispute between the two states. The clash took place at Lailapur area in Assam’s Cachar district with several miscreants going on a rampage and burning down houses near Lailapur area along the inter-state border.

Taking to micro-blogging site Twitter, Sonowal said that he informed the PM about the present situation over the telephone and the PM extended his support and assurance to solve the issue.

“Informed PM Narendra Modi ji about the present Assam-Mizoram border situation over phone this afternoon. I thank the Hon’ble PM for his support and assurance to solve the issue,” the CM tweeted.

Informed PM Shri @narendramodi ji about the present Assam-Mizoram border situation over phone this afternoon. I thank the Hon’ble PM for his support and assurance to solve the issue.

The governments of both Assam and Mizoram called Prime Minister’s Office on October 18 (Sunday) to hold discussions over the volatile situation at the border. It is learnt that the situation is now under control in the area and security has been beefed up in the area to maintain law and order.

According to Mizoram information department, the development took place after villagers of Lailapur in Cachar district of Assam clashed with residents of Vairengte in Kolasib district of neighbouring Mizoram. Kolasib district deputy commissioner H Lalthlangliana told PTI that a large number of Vairengte residents assembled when some people from Assam, armed with sticks and dao, pelted stones at a group near the auto-rickshaw stand on the outskirts of the border village on Saturday evening.

Assam Chief Minister Sarbananda Sonowal dialled PMO and the Union Home Ministry to provide details of the situation. He also talked to Mizoram Chief Minister Zoramthanga on the phone and said that joint efforts are needed to address the border issues. CM Sonowal told his Mizo counterpart that the disputes should be settled amicably. For his part, Zoramthanga assured Sonowal of efforts to maintain peace at the inter-state border.

“Talked to Mizoram CM over the phone about the incident at Assam-Mizoram border. We agreed to maintain law & order situation. We resolve to work together for maintaining brotherhood between both the states. PM & Home MInister have also been apprised of the incident,” said Assam CM in a statement.

Mizoram CM Zoramthanga lauded Assam CM Sonowal’s efforts to maintain peace in the area and said, “Noble, a much-awaited approach from a great leader. May this kind of intervention brought peace to the region and strengthen our bonds. Thank you, Sarbanand Sonwal with folded hands.”

“An important meeting of the Council of Ministers chaired by Chief Minister Pu Zoramthanga discussed the escalations at the borders between Mizoram and Assam on Sunday,” Mizoram government said. “State govt is actively engaging with the Govt of Assam to resolve the current issues at the border areas and has also intimated Ministry of Home Affairs (MHA) regarding transgressions committed by Assam government,” added the statement.

Mizoram Home Minister Lalchamliana said a meeting chaired by Union Home Secretary Ajay Kumar Bhalla between both the states will be held on Monday to review the situation.

Mizoram shares a 164.6-km border with Assam. Several dialogues held since 1995 to resolve the border dispute have yielded little results. The two states are often at loggerheads over the boundary, which they dispute.

According to reports, the incident could be the fallout of the demolition of a makeshift hut used by local volunteers who guard the inter-state border near the Saihaipui ‘V’ village, about 3 km from Vairengte. The volunteers guard the border to check the movement of the people in the wake of the COVID-19 pandemic.

Police and administration officials have now said that the overall situation on the Assam-Mizoram border is under control and security personnel have been deployed along the border areas under Assam’s Cachar district and Mizoram’s Kolasib district. The violence broke out after people from both Assam and Mizoram clashed over a coronavirus COVID-19 testing centre set up by Mizoram within territory claimed by Assam.

Kriti Sanon reminisces about her role, action sequence in ‘Panipat’ |...

Nation First remains our commitment in the difficult phase of Coronavirus...