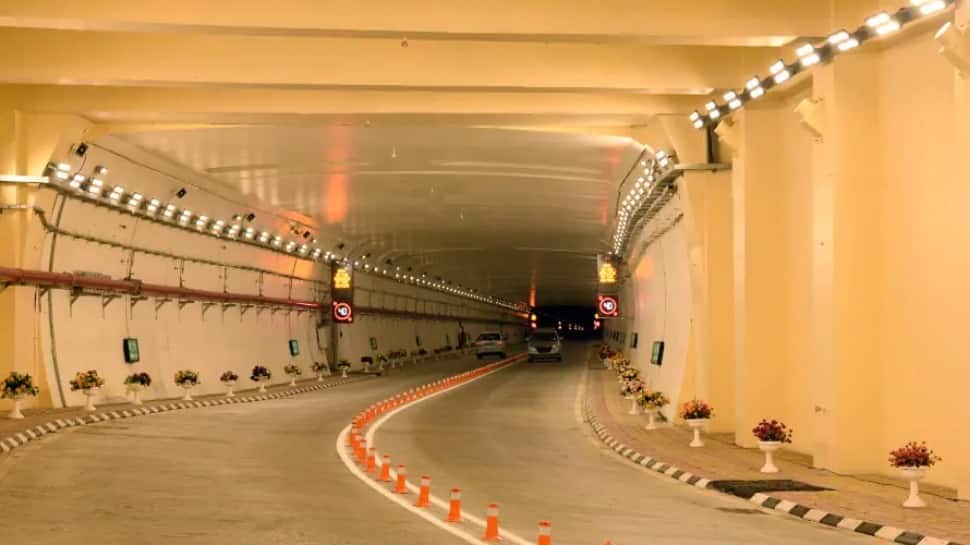 Manali: Atal Tunnel, the world`s longest motorable tunnel that was inaugurated by Prime Minister Narendra Modi on October 3, 2020, has now witnessed some incidents of over speeding, unnecessary stoppage, and outrageous driving, following which the Kullu District Magistrate on Wednesday (October 7, 2020) issued necessary remedial measures in the interest of safety and security.

The official notification by the Kullu DM Richa Sharma said, “A large number of public gathering and some incidents of nuisance viz. over speeding, unnecessary stoppage, outrageous driving etc. was brought in the notice which needs immediate action for public safety.”

In view of such incidents, Sharma said that unnecessary stoppage, over speeding (more than the speed limit mentioned in signboards), rash driving, wrong overtaking etc inside the tunnel shall be strictly prohibited and strict action shall be initiated under the new Motor Vehicle Act, 2019 for any violation.

There shall also be a complete ban of unnecessary movement in emergency exits tunnel and any violation shall attract action under section 144 of CrPC.

Photography and videography have also been banned for the area starting from 200 meters before south portal up to end of the tunnel.

“Any violation of this order shall attract strict action under prevailing provisions of the act, ibid,” said Sharma.

Notably, a day after PM Modi inaugurated the tunnel, three accidents were reported with the motorists driving recklessly.

An official said the CCTVs recorded that a few motorists stopped their vehicles midway while crossing the tunnel to take selfies.

The 9.02 km long tunnel connects Manali to Lahaul-Spiti valley throughout the year. Earlier the valley was cut off for about 6 months each year owing to heavy snowfall.

The Tunnel is built with ultra-modern specifications in the Pir Panjal range of Himalayas at an altitude of 3000 Mtrs (10,000 Feet) from the Mean Sea Level (MSL). The tunnel reduces the road distance by 46 Kms between Manali and Leh and the time by about 4 to 5 hours. ​It has state of the art electromechanical systems including semi transverse ventilation, SCADA controlled fire fighting, illumination and monitoring systems. The tunnel has ample safety features built into it.

I thought Virat Kohli will burn out at some stages of...

Major fire breaks out in building of private firm in Noida’s...