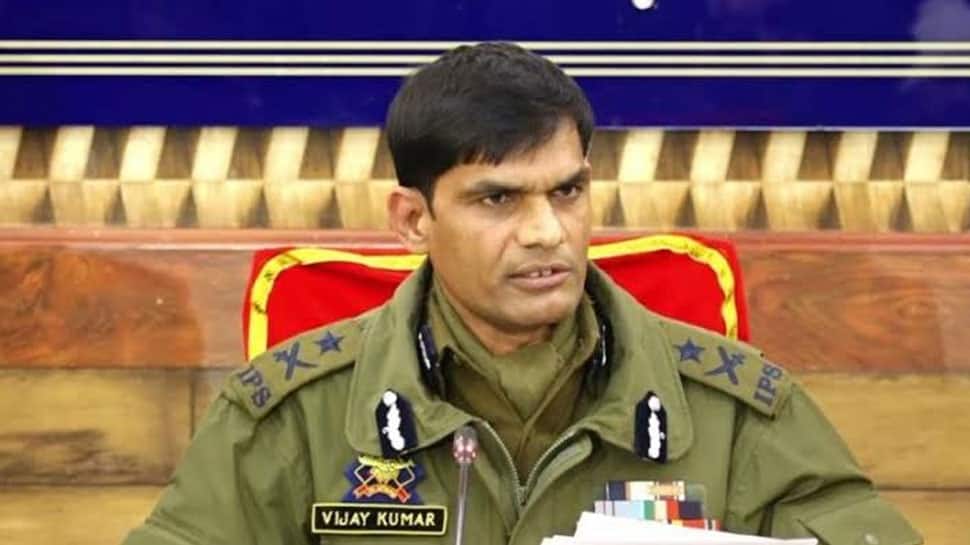 Srinagar: Pakistan-backed terror group Lashkar-e-Taiba (LeT) is behind the killing of three local BJP workers in Kulgam district of Jammu and Kashmir on Thursday, Inspector General of Police Vijay Kumar said on Friday.

The IGP Kashmir also warned the protected persons in the Valley not to move around without their security.

It may be noted that three BJP workers – Fida Hussain, Umer Hajam and Umer Rashid Beigh — were shot dead by terrorists in the YK Pora area of Kulgam district in south Kashmir late on Thursday evening.

The Resistance Front (TRF), which is believed to be a shadow group of LeT, claimed responsibility for the killings. Addressing a press briefing, IGP (Kashmir) Kumar said police have seized a vehicle used in the attack and that such killings were being executed at the behest of Pakistan.

“Three terrorists came in a local car belonging to a local militant identified as Altaf. Fida (Hussain) was with his two colleagues in a car and the militants fired indiscriminately on them from close range. They received grave injuries and succumbed on the way to the hospital,” the IGP told reporters.

Kumar said after the attack, the attackers fled in the same car towards Achbal area, from where the car was seized this morning. A team of forensic science laboratory (FSL) has gone to Achbal to inspect the car, he added. The IGP said LeT was behind the killings.

“The names of LeT militants – a local militant from Dooru, Nisar Khanday; and Abbas from Khudwani who was previously associated with HM (Hizbul Mujahideen) and is now with LeT and also claims to be from TRF – are cropping up.

The involvement of these two is there, but there may be a FT (foreign terrorist) involved as well (in the attack), the IG said. The IGP asserted the security forces will neutralise them soon. Kumar said Hussain was one of the 1,619 vulnerable persons who were lodged in secure locations before the Centre’s decision to revoke the special status of Jammu and Kashmir on August 5 last year.

“We had made a list of 1,619 vulnerable persons before August 5 (last year) and we had kept them in different hotels in secure areas. We had kept Fida (Hussain) in a hotel in Pahalgam where he stayed for three weeks. Recently, he gave an undertaking and left the hotel. We are investigating what they were doing in a car in an area far away from home,” he said.

Asked whether the attack was pre-planned, the IGP said it was possible. “It seems so to us as well because what were they doing away from home, waiting for someone or not, then militants came, attacked them and then ran away to Achbal. There is a chance that it was a pre-planned attack and we are investigating it and will soon solve it,” he said.

On a question as to whether the attacks on BJP activists — instances of which have increased over the last few months — were carried out at the local level by the militants or did the ultras get orders from Pakistan, the IGP said this was part of Pakistan-sponsored terrorism.

“You know it all. Recently, mediapersons also received threats through ‘Kashmir Fight’, an online medium which is run in Pakistan, or the TRF website. They claimed the attack yesterday on ‘Kashmir Fight’ as well. This is Pakistan-sponsored terrorism and this proves that these killings take place on the orders from Pakistan,” he said.

As a countermeasure to such attacks, Kumar appealed to the protected persons to follow the standard operating procedures (SOP) laid down by the security agencies for their movement and not to move around in vulnerable areas especially without their security.

In the wake of the attack, the IGP said, the security forces have launched combing operations in seven to eight places in south Kashmir.

Elderly woman killed by son over her plans to divide land...