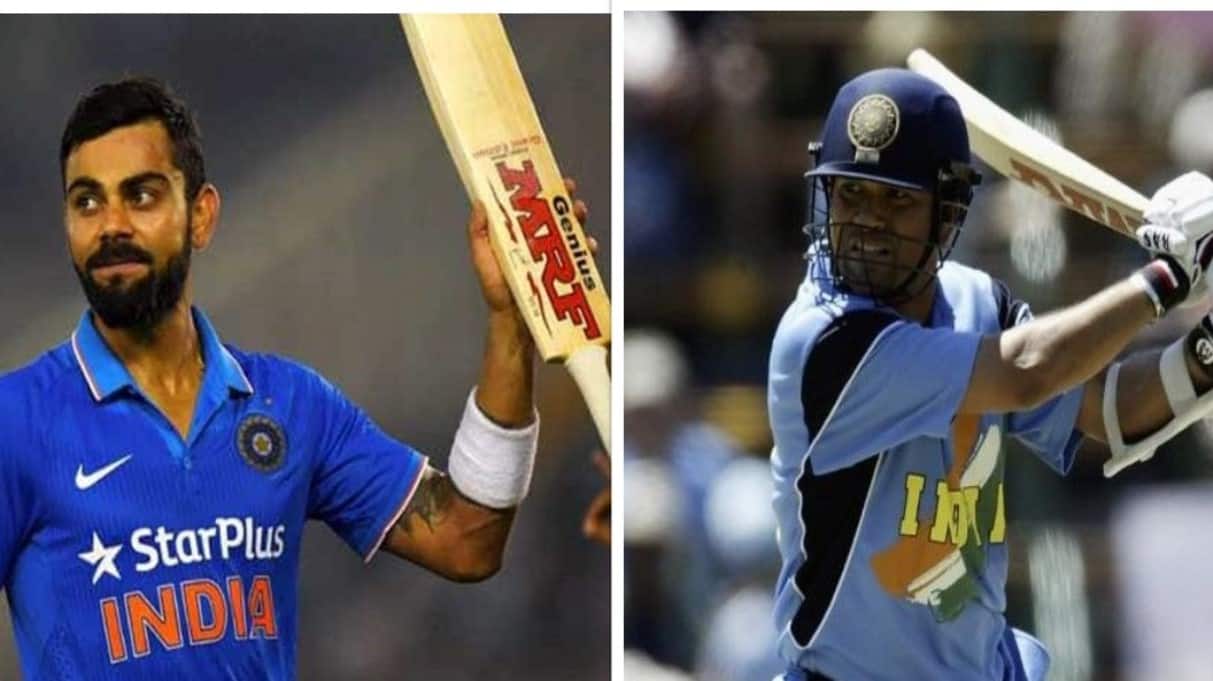 Although India have already lost the three-match ODI series against Australia, there’s somewhat of a silver lining for the countless Indian cricket fans. India skipper Virat Kohli is right on the cusp of achieving a very impressive record.

The Indian batting linchpin, Kohli, is just 23 runs away from becoming the fastest player to score 12,000 runs in ODI’s. The iconic Sachin Tendulkar is the current record holder – having reached 12000 ODI runs in 300 innings (309 matches).

Kohli, meanwhile, is all set to break this record by some distance. The final ODI at Canberra on Wednesday (December 2) will be Kohli’s 251st ODI and his 242nd innings and he has 11,977 runs in his kitty. If Kohli manages to score 23 runs in this dead rubber, he can bring some cheer to the distraught fans.

The others on the list after Sachin are Ricky Ponting (314 innings), Kumar Sangakkara (336 innings),  Sanath Jayasuriya (379 innings) and Mahela Jayawardene (399 innings).

In the last ODI, Kohli looked in scintillating form, scoring 89 runs before Moises Henriques took a screamer of a catch to dismiss him before a well-deserved hundred.

India had lost the first two ODI’s by 66 runs and 51 runs respectively with the hosts posting mammoth totals on the board. Australia has scored 374/6 and 389/4 in these games, making an absolute mockery of the ‘famed’ Indian bowling unit.

The visitors, however, have fared better with the bat which has helped them avoid shameful defeats. In reply to Australia’s massive scores, India posted 308/8 and 338/9 on the board.

I’ve always worried about how I looked; my hips too wide,...