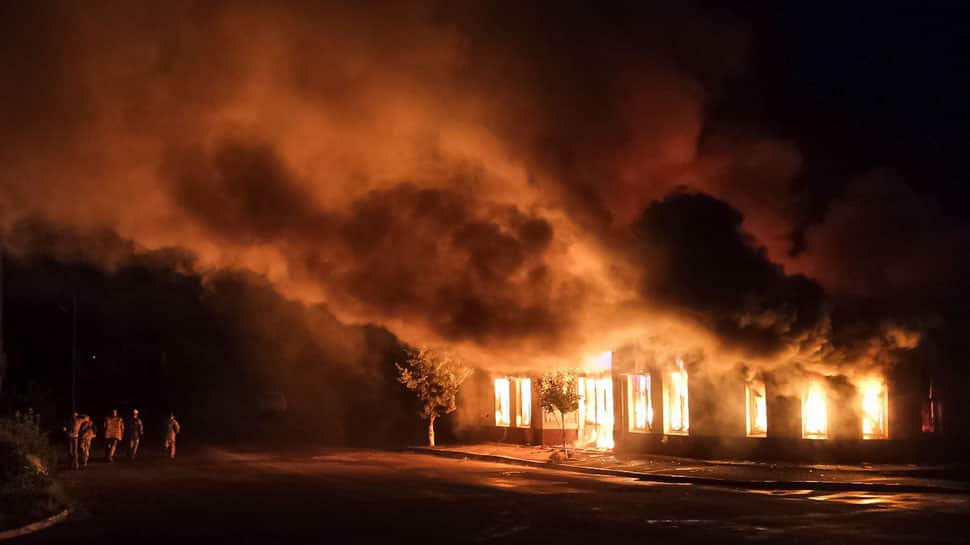 The deadliest war in more than 25 years between Azerbaijan and Armenia over the Nagorno-Karabakh region continued on Friday even as talks in Russia’s Moscow are expected to halt the fighting in the South Caucasus region. The talks are expected to be the first diplomatic contact between the enemies since fighting over the enclave erupted on September 27, killing hundreds of people.

Russia was set to host talks with the Azeri and Armenian foreign ministers on Friday, a day after France, Russia and the United States discussed the conflict in Geneva.

The mountain enclave belongs to Azerbaijan under international law but broke away in a war as the Soviet Union collapsed and is populated and governed by ethnic Armenians. Nagorno-Karabakh said on Friday 376 of its military personnel and 22 civilians had been killed.

The talks in Moscow, attended by Armenian Foreign Minister Zohrab Mnatsakanyan, follow the launch of a peace drive by France, Russia and the United States at a meeting in Geneva on Thursday, details of which have not been made public. The renewed fighting in the decades-old conflict has raised fears of a wider war drawing in Turkey, a close ally of Azerbaijan, and Russia, which has a defence pact with Armenia. The clashes have also increased concern about the security of pipelines that carry Azeri oil and gas to Europe.

Azerbaijan’s stance: Azerbaijan President Ilham Aliyev`s ruled out making any concessions to Armenia on Friday ahead of talks. President Aliyev`s uncompromising position in a televised speech appeared to leave little room for de-escalation as the Azeri and Armenian foreign ministers arrived in Moscow.

“Let those holding talks in Moscow know that it`s our territory and we won`t be making any concessions,” Aliyev said after Azeri Foreign Minister Jeyhun Bayramov flew to Moscow. He said he had proved there was a military solution to the dispute: “We are winning and will get our territory back and ensure our territorial integrity,” Aliyev said. “Let them abandon our territory in peace.”

Fragile situation: The Armenian government said Friday`s talks would focus on a cessation of hostilities and exchanges of bodies and prisoners. Armenian Prime Minister Nikol Pashinyan said on Friday Nagorno-Karabakh was on the verge of a “humanitarian disaster”.
Azerbaijan`s defence ministry said there had been fierce clashes on Friday with ethnic Armenian forces along the line of contact that divides the two sides, and that several areas deep in Azerbaijan had come under fire.”We are moving towards a truce soon even if the situation is still fragile,” French President Emmanuel Macron`s office said.

Turkey’s stance: Turkey said diplomacy would succeed only if it ensured a withdrawal of Armenian forces from Nagorno-Karabakh, which Armenians regard as part of their historic homeland. “It is almost certain to fail if it doesn`t also involve a detailed plan to end the occupation,” Turkish presidential spokesman Ibrahim Kalin told Al Jazeera.

Turkey said on Friday efforts by France, the United States and Russia to end violence between Azeri and Armenian forces over Nagorno-Karabakh were bound to fail unless they ensured withdrawal of Armenian forces from the enclave. Turkey condemns what it calls Armenian occupation of Azeri lands in Nagorno-Karabakh, a breakaway, ethnic Armenian-run enclave within Azerbaijan, and vows full solidarity with its ethnic kin in Azerbaijan.

Ankara has repeatedly criticised efforts by the Minsk group – led by France, Russia and the United States – to achieve a ceasefire in the region, saying the group has done nothing in nearly 30 years of intermittent talks. Turkish presidential spokesman Ibrahim Kalin said Ankara wanted a diplomatic solution, but any effort by the Minsk group that did not call for the withdrawal of Armenia`s forces was bound to fail.

“If they`re calling only for a ceasefire, if they`re working only towards a ceasefire, it will be nothing more than a repeat of what went on for the last 30 years or so,” Kalin told Al Jazeera in an interview. “It is almost certain to fail if it doesn`t also involve a detailed plan to end the occupation.” Turkish Defence Minister Hulusi Akar said Azerbaijan`s offensive in Nagorno-Karabakh would not stop until Armenia withdrew its own forces and other fighters he said it had brought to the region. “Until the occupation is over, until the terrorists and mercenaries are taken out of there, nobody should expect our Azeri brothers to stop,” Akar said in a statement.

Current situation: Shells fell on Stepanakert, the city ethnic Armenians in Nagorno-Karabakh consider the capital of an independent state, the enclave`s defence ministry said. Armenia denied its forces had attacked locations deeper in Azerbaijan on Friday. Washington, Paris and Moscow have led mediation over Nagorno-Karabakh for almost three decades as co-chairs of the Organization for Security and Co-operation in Europe`s Minsk Group.

The fighting is the worst since a 1991-94 war that killed about 30,000 people and ended with a ceasefire that has been violated repeatedly.
Azerbaijan said on Thursday that 31 Azeri civilians had been killed and 168 wounded since Sept. 27. It has not disclosed information about military casualties.

The latest fighting in the decades-old crisis has raised fears that Turkey and Russia, which back opposing sides in the Syrian and Libyan conflicts as well, will be dragged in.

with inputs from Reuters