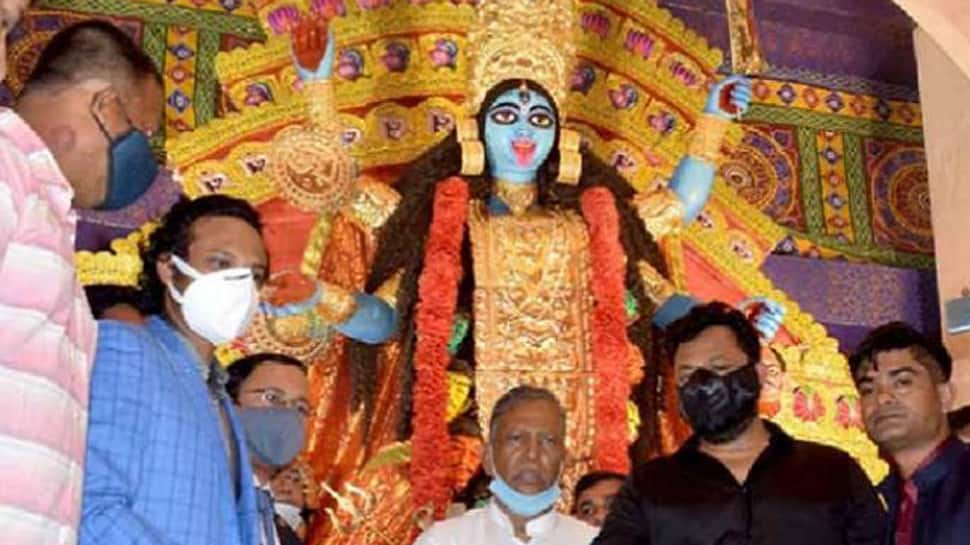 Bangladesh all-rounder Shakib al Hasan apologized on Monday (November 16) evening on social media after he was issued death threats for participating in a Kali puja event in Kolkata on Sunday.

Soon after a picture went viral showing him standing with the Kali puja organisers in Kolkata, one Mohsin Talukdar from Talukdarpara area in Shahpur under Sylhet Sadar upazila in Bangladesh went live on Facebook on Monday threatening to kill him for hurting religious sentiments. Mohsin could be seen sporting a sharp weapon and issuing threats to Shakib.

Later on Monday evening, Shakib went live on YouTube and issued an apology and explanation that he did not inaugurate the Kali puja. He was only a part of the event on another stage and was not part of the puja pandal.

He said one of the organisers – Paresh Pal requested him to light a diya and the pictures went viral on social media.

In his live on YouTube, Shakib said, “The second issue I want to speak about is sensitive. I want to start by saying I am a proud Muslim and try to practice religion properly. There will be mistakes and that is part of life. I apologize if I have made a mistake and apologize if I have hurt your sentiment. When I was leaving, Paresh da requested me to light a diya. Media requested me to stand for a picture. I stood for two mins in the pandal. The Kali puja was inaugurated much earlier before I arrived by Firhad Hakim.”

Later, Mohsin deleted the Facebook live video and issued another video on the same issue saying he shouldn’t issued any threats.

A team of Rab-9 arrested Mohsin Talukdar (25) from Ronoshi village in Dakshin Sunamganj upazila today around 11:15am.

Lok Sabha passes bill to cut salaries of MPs by 30%...

Even our reserves are quick, says India’s Mohammed Shami ahead of...