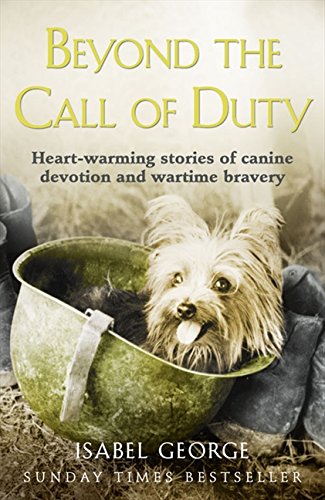 A second collection of incredible and heart-warming canine stories from around the world, from the bestselling author of The Dog That Saved My Life.

Animals have accompanied man into battle since war first waged. Since those times, many stories have been told of the bears, camels, cats, dolphins, monkeys, mules, rats and other creatures that have served with the Armed Forces during both world wars and beyond. The four stories in this book represent the devotion and unquestioning loyalty of the canine companion in the darkest days of war.

From the stub-tailed Bull Terrier that became a hero of the First World War, and the most decorated dog in history, after his bravery in the trenches of Flanders, to the remarkable loyalty of an Iraqi stray dog who attached himself to British troops in North Port and then patrolled their camp every night, protecting them from being attacked by the vicious packs of dogs living in the desert, each is an incredible tale of wartime bravery as well as an example of inspiring commitment and courage.

Ahead of Diwali, these states decide to ban firecrackers during the...