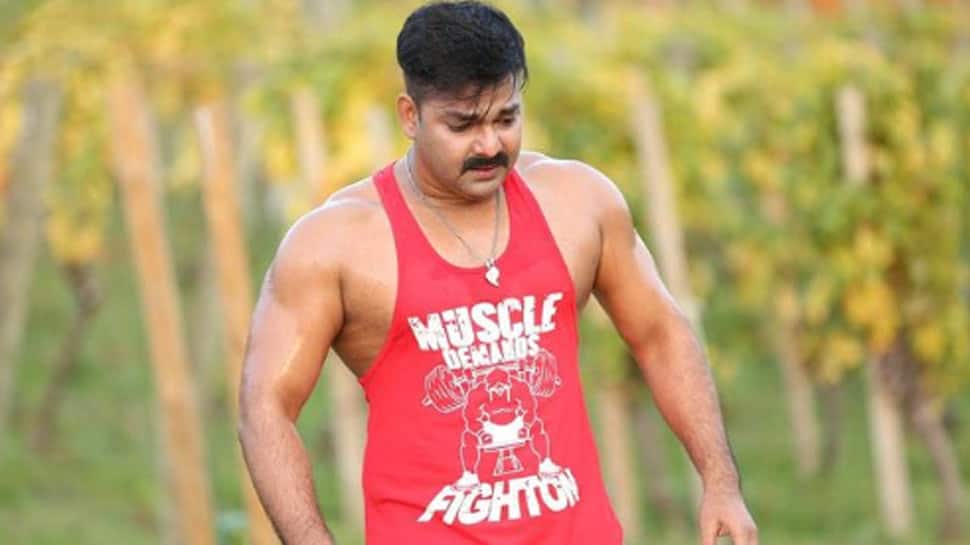 New Delhi: Bhojpuri power star Pawan Singh shot to fame with his chartbuster track ‘Lollipop Lagelu’ years back. The song has earned a cult status today and so much so that this track is played in almost all weddings without a miss!

The star is these days busy shooting for his next film in London with a new heroine named Harshika Poonacha. The duo danced to Pawan Singh’s famous Bhojpuri song ‘Lollipop Lagelu’ in London after a gruelling 5-hour work out session in the gym.

Pawan Singh dropped the viral dance video on Instagram. He wrote in the caption: After 5 hours of Nonstop Heavy Workout , Here goes Lollypop masti in the gym with my new heroine @harshikapoonachaofficial. #Gym #lollipop #pawansingh #london

Zahid Akhtar has written the lyrics of the song while Vinay Vinayak is the music composer.

Pawan Singh has worked with almost all the A-lister directors and actors. He enjoys an ocean of fan following, who love to follow their favourite star on social media.

Toward imperceptible electronics that you cannot see or feel

Humsafar train gets divided into two, creates panic in passengers |...

Researchers from CSIC identify the genetic program that allows us to...