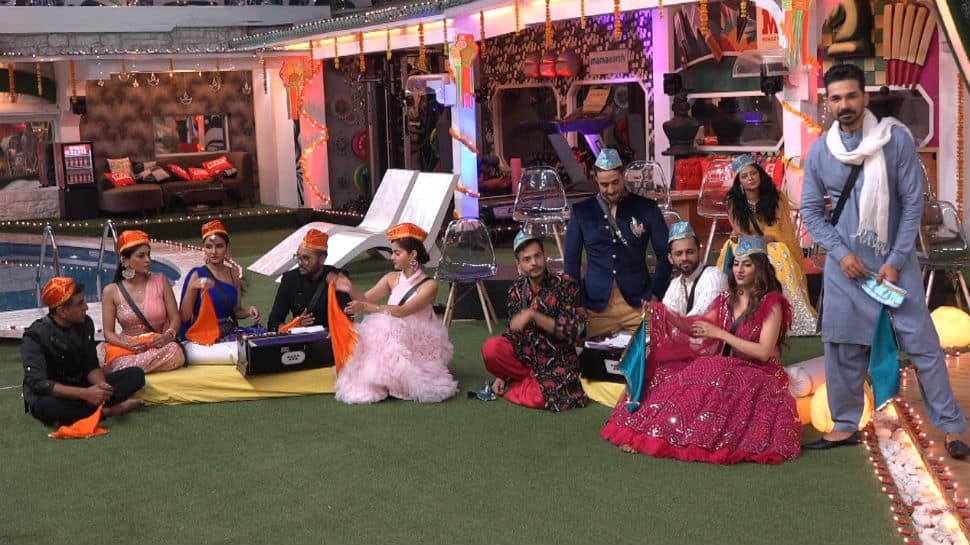 New Delhi: The Diwali-special Weekend Ka Vaar episodes of ‘Bigg Boss 14’ was full of entertainment, drama and excitement and host Salman Khan made sure the contestant had the best time. While Saturday’s episode was full of laughter, on Sunday, he interacted with the contestants and asked them some tough questions. With this, the game witnessed a twist and the housemates got a chance to reassess their relations with each other.

In the task, Salman Khan told the contestants to rate each other’s qualities and list them according to percentages. Jasmin Bhasin and Eijaz Khan were the first ones to go. Jasmin accuses Eijaz of being fake and playing the victim card. Eijaz, on his part, accuses Jasmin of hyping the smallest of things and that people support her in this.

Meanwhile, Rubina Dilaik says Rahul Vaidya does not have a clean heart and for using harsh words, he, in turn, says Rubina suffers from a major superiority complex.

Earlier, in a separate task, Jasmin said that Rubina has superiority complex, which hurt the later. Rubina told Jasmin that she should have refrained from making the statement at that time because initially when she has asked her about it, Jasmin had not said anything.

Meanwhile, to lighten the mood in the house comedian Haarsh Limbachiyaa makes an entry with actress Surbhi Chandna and child artist Garvit Pareek. The trio have a gala time with Salman Khan as they manage to entertain everyone with their antics!

Towards the end, Salman Khan announces that Shardul Pandit has got evicted from ‘Bigg Boss 14’ and thus, Rubina is safe. He mentioned that the margin of votes was very close.

Solar Eclipse 2020: Date, timings and will Surya Grahan be visible...