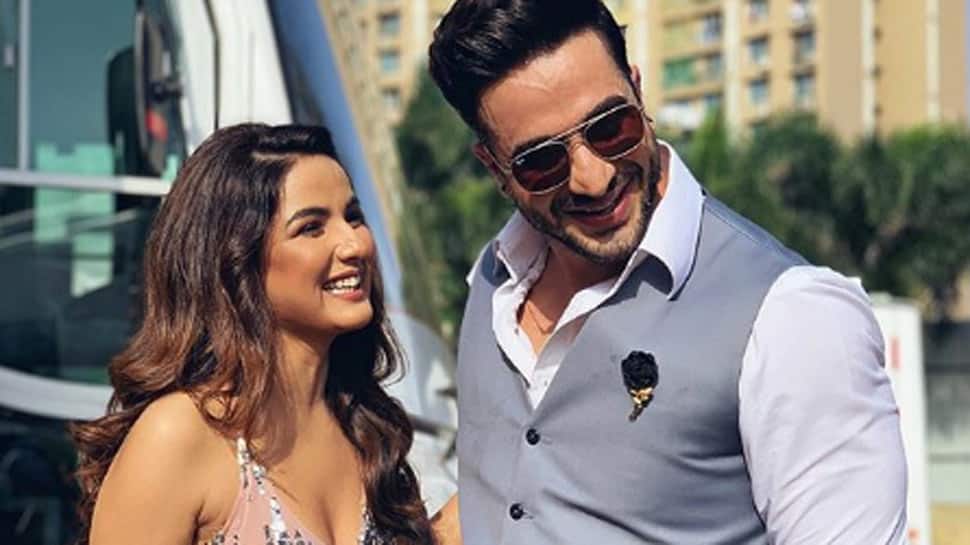 Mumbai: TV actor Aly Goni has gone all out to support his best friend and “Bigg Boss 14” contestant Jasmin Bhasin. On social media, many of Jasmin’s supporters seemed upset with Nikki Tamboli’s team spreading hatred towards Jasmin. They even went to the extent of sharing memes of Jasmin and Aly with different groups and asking them to share it on their respective profiles.

But Jasmin’s fans were quick to find the source of the meme and in no time Aly exposed their real faces on his social media account. Sharing the screenshots on Instagram, he wrote that Nikki should have hired a better team.

Jasmin was way too good with Nikki until she abused her on national television. It all started during the farmland task when Nikki abused Jasmin, which did not go down well with Jasmin. And, ever since there has been negative vibes between the two. She even told the other housemates that she always considered her like a baby, but after the incident she has no respect for her.

Yesterday’s task saw Jasmin and Nikki pitted against each other. The whole house stood divided and the seniors, Hina Khan, Gauahar Khan and Sidharth Shukla, also took a long time to decide the winner. During the argument, Jasmin was quite calm and seated quietly while the inmates were putting up their logic in front of the seniors. Jasmin remained composed while the decision was being made. And after the winner was announced showed no malice towards Sidharth though he had an opposite view. That’s the kind of mental strength she has.

While all this was going on inside the Bigg Boss house, in the virtual world, there was a bigger war being fought amongst their fans. Actors like Debina Bonnerjee, VJ Andy, Priya Malik, Puneesh Sharma, Prince Narula and Aly Goni also joined the battle on social media and started supporting Jasmin. They even stated on social media how fair Jasmin was during the task. There were lots of online polls regarding the task in which Jasmin defeated Nikki by a big margin.

In today’s Weekend Ka Vaar we will see how the superstar host Salman Khan reacts to the whole episode. Jasmin’s followers and fans have also reacted strongly against posts supporting Nikki and the way it’s spreading negativity. Interestingly Aly has been targeted as he is the one who has been rock-solid support to Jasmin. Aly also explained his take on social media poignantly. He says he is a friend in need and will always be like that to Jasmin come what may.

Jasmin has stuck to her value systems inside the house. After yesterday’s battle when Nikki congratulated her saying – Well played, Jasmin was quick to respond that she can’t have a conversation with her because of the way she demeans someone while arguing.

Lionel Messi to not attend Barcelona training on Monday: Report |...

China lowers age of criminal responsibility to 12 for ‘abominable’ crimes...