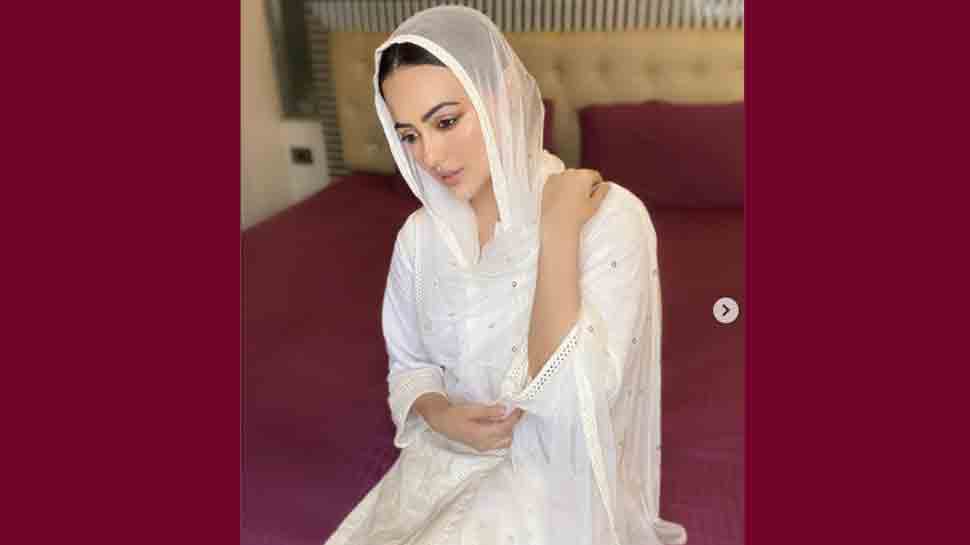 In a long note posted on Instagram, she declared that she is saying goodbye to her showbiz lifestyle in order to serve humanity and follow a religious path. The actress also removed some of her photos and dance videos from her Instagram page.

Notably, her statement on quitting the showbiz industry comes just over a year after ‘Dangal’ actor Zaira Wasim quit acting for similar reasons.

In her note, Sana wrote, “I am at an important juncture in my life. For years, I have been living the Showbiz (Film Industry) life, and during this time I have been blessed with all kinds of fame, honour and wealth from my fans for which I am grateful to them. But, for the last few days, a thought has kept me occupied. I have been wondering, does one take birth only to earn wealth and fame for oneself? Isn’t it a moral responsibility of humans to serve or support those who are helpless or needy? Shouldn’t people think about what will happen to them in the after-life since one can die at any given time?”

“I declare today that from today onwards, I have resolved to say goodbye to my showbiz lifestyle forever and serve humanity and follow the orders of my Creator. All brothers and sisters are requested to pray for me to Allah to accept my repentance and grant me the true ability to live in accordance with my determination of spending my life following the commandments of my Creator and in the service of humanity, and grant me perseverance in to.”

In her concluding message, she requested her followers not to question her about the entertainment industry anymore. “Finally, all brothers and sisters are requested to not consult me with regards to any Showbiz work henceforth,” she wrote. Her post was liked over 1.17 lakh times.

Apart from films like Wajah Tum Ho, Jai Ho and many other regional films, Sana has been a part of reality shows on TV like ‘Jhalak Dikhhla Jaa 7’, ‘Comedy Nights Bachao’, ‘Entertainment Ki Raat’ and ‘Kitchen Champion’.

She was also a former contestant in Bigg Boss season 6.

Earlier in February this year, Sana had a major fallout with boyfriend Melvin Louis where he had accused him of cheating on her with other women.

THIS country has widespread racism in cricket, players to attend anti-racism...

Hold your breath as Rakul Preet Singh chilling in a green...

Vicky Kaushal’s short and sweet message for mom on her birthday...