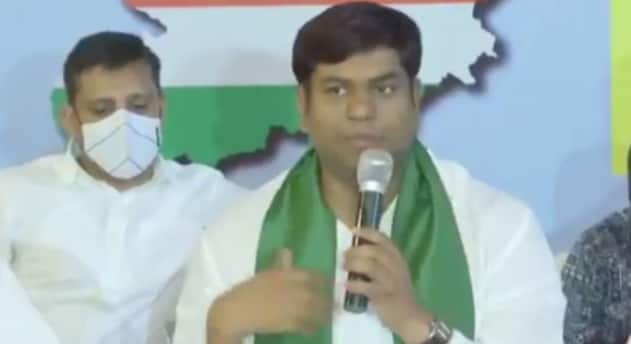 New Delhi: A day after finalising the seat-sharing plan for the upcoming Bihar Assembly Elections, the Bharatiya Janata Party on Wednesday (October 7) decided to allotted 11 seats to Mukesh Sahani-led Vikassheel Insaan Party (VIP) from its quota. The BJP will no contest 110 seats in all.

VIP chief Mukesh Sahani, who dubbed his alliance with the BJP as `ghar wapsi`, said his party would fight under the leadership of Nitish Kumar. The VIP chief was expecting 25 seats from the Grand Alliance and the Deputy CM`s post which, he claimed, RJD leader Tejashwi Yadav had promised him.

On Saturday, Mukesh Sahani left the Grand Alliance after the Rashtriya Janata Dal failed to allocate its seats during the announcement on seat-sharing in Patna. Former Bollywood set designer Sahani had walked off in a huff, leaving the RJD, Congress, and Left leaders stunned.

BJP’s state unit chief Sanjay Jaiswal announced the allocation of 11 seats to the VIP in Patna today. As per the seat-sharing formula in the National Democratic Alliance, the BJP was allocated 121 seats and the JD-U 122 seats.

BJP sources said that Sahani was allocated 11 seats as a reward by Union Home Minister Amit Shah as he had openly challenged Tejashwi and other Grand Alliance leaders during the press meet on Saturday.

“Being a son of the most backward class, I was back-stabbed by Tejashwi Yadav. Prime Minister Narendra Modi has put balm on my wound. I will contest the Assembly elections under the leadership of Chief Minister Nitish Kumar,” Sahani told IANS.

The VIP chief further said, “I began my political career in 2015 with the BJP and was influenced by Modi. Due to some reasons, I switched to the Grand Alliance in search of social justice. It was a mistake. It is a `ghar wapsi` for me and I express my gratitude to the top leadership of the BJP, including Modi and Shah.”

The Janata Dal-United has accommodated the Hindustani Awam Morcha (HAM) led by former CM Jitan Ram Manjhi, who has already given seven seats.

In a joint press conference on Tuesday, Bihar Chief Minister Nitish Kumar announced that the BJP will have 121 seats while JD(U) has 122 seats, adding that the JD(U) has given 7 seats to Manjhi-led Hindustani Awam Morcha from its quota.

Navies of India, Australia, Japan and US to start second phase...

Centre not seeking sensitive personal data for the registration of Health...

Jammu and Kashmir administration sets up 3 committees to prepare for...