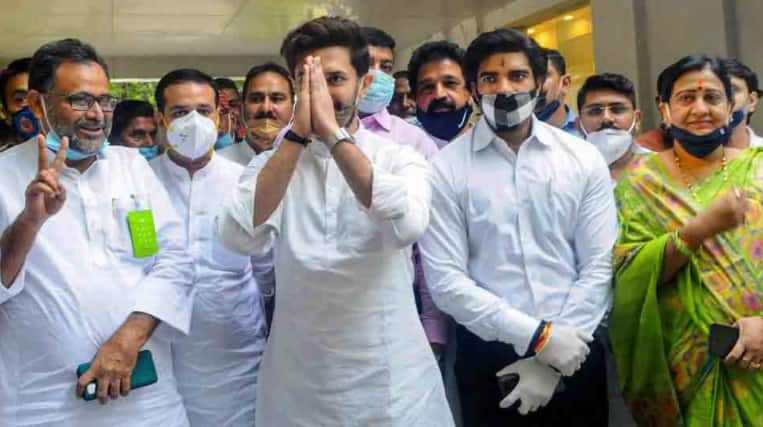 Vidyarthi joined the LJP in the presence of party chief Chirag Paswan.Prior to this another BJP stalwart Rajendra Singh had joined LJP on Tuesday.

Singh, in the 2015 general elections, was one of the strongest probable candidates for the chief ministerial post in Bihar.

After joining LJP, Vidyarthi said, “To take Bihar forward some strong decisions needed to be taken. Bihar first, Bihari first is a thought.”

It is important to note that Paswan himself had rooted for bringing over Vidyarthi to the party`s fold. This move has created a flutter in the ranks of the Janata Dal United (JDU).

The LJP has decided to fight the Bihar Assembly elections outside the National Democratic Alliance (NDA) this time. The party has, however, said it will not field candidates from the seats on which the BJP is fighting. But, it will give out tickets to party`s candidates on 122 seats from which Chief Minister Nitish Kumar`s JDU is fielding candidates.

This is the reason why candidates who are not being allowed tickets from the NDA might seek to switch sides to the LJP in order to contest the elections.

Elections to the 243-seat Bihar assembly will be held in three phases–October 28, November 3, and 7 and the counting of votes will take place on November 10.

Sajid Khan told me to strip in front of him, alleges...

All arrangements are in place for visit of President Ram Nath...