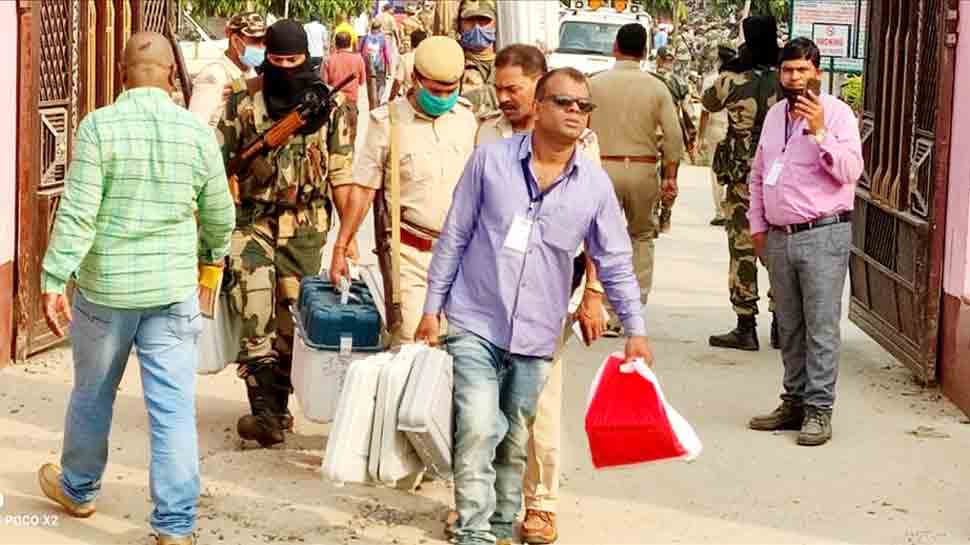 PURNEA: Polling for the third and final phase of the Bihar Assembly election for 78 seats in 15 districts will take place on Saturday (November 7). It is estimated that whoever clinches more votes in this phase will be able to form the government.

About 2.34 crore voters, spread across 78 assembly segments of the 243-strong Assembly, will decide the fates of 1204 candidates, including the Speaker and 12 members of the state cabinet. Besides, polling will also take place for Valmiki Nagar Lok Sabha seat where a by-election has been necessitated by the death of sitting JD(U) MP Baidyanath Mahato.

The JD(U)’s bid to retain the Parliamentry seat by fielding his son Sunil Kumar is facing the primary challenge from Congress candidate Pravesh Kumar Mishra, a journalist-turned-politician.

Many of these fall in the Kosi-Seemanchal region where the contest between NDA and Grand Alliance will be held under the shadow of Owaisi factor given the fact that the AIMIM has fielded candidates in many of the Muslim-dominated seats here and the Hyderabad MP also carried out a hectic campaign and addressed multiple key rallies.

The Kosi-Seemanchal region also happens to be the main area of influence for maverick former MP Pappu Yadav, whose Jan Adhikar Party is determined to make its presence felt and prove a point to the RJD as both draw their support from the states most populous community the Yadavs.

While the NDA looked surefooted till a few months ago, poll pundits have begun to predict ‘winds of change’. The ruling coalition seems to have taken note as emotional appeals to the voters have emanated from PM Narendra Modi and CM Nitish Kumar. PM Modi, who attended 12 rallies during the campaign, came out with an open letter addressed to the people of the state, saying he needed Nitish Kumar in the state for the development of Bihar.

On the other hand, Nitish stunned all by winding up his last election meeting in Purnea district with the remark “this is my last election. And all is well that ends well”.

The RJD, once considered invincible, is leaving no stone unturned to make a comeback, enthused by the response its Chief Ministerial candidate Tejashwi Yadav, all of 31 years, has been receiving.

Besides, wife and daughter-in-law respectively of recently deceased ministers Vinod Kumar Singh (BJP) and Kapil Deo Kamat (JDU) respectively are in the fray from the late legislatorss respective seats Pranpur and Babubarhi.

November 7 will be the last leg of the voting in the current Bihar polls where elections are being conducted amid raging COVID pandemic. Counting of votes is scheduled on November 10.

Banking and other services likely to be affected as trade unions...

We will hold Lakshmi puja but won’t burst firecrackers this Diwali:...