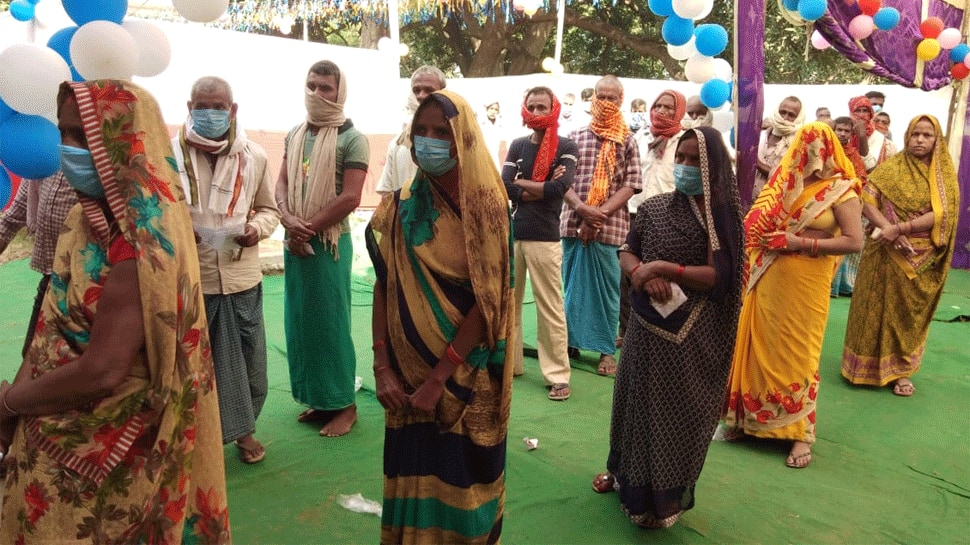 Purnea: Polling for the third and final phase of the Bihar Assembly election for 78 seats in 15 districts will take place on Saturday. It is estimated that whoever clinches more votes in this phase will be able to form the government.

From the National Democratic Alliance, the Janata Dal-United has fielded 37 candidates while the Bharatiya Janata Party, Vikassheel Insaan Party and Hindustani Awam Morcha have fielded 35, 5 and 1 candidates respectively. On the Mahagathbandhan side, the Rashtriya Janata Dal has fielded 46 candidates while the Congress, the Communist Party of India (Marxist-Leninist) Liberation and the Communist Party of India have fielded 25, 5 and 2 candidates respectively. Separately, the Lok Janshakti Party has put up 42 candidates. Also Read: Bihar assembly election 2020 final phase of polling today; 2.34 crore voters to decide fate of 1204 candidates

The Rashtriya Lok Samata Party (RLSP) has fielded candidates for all the seats in alliance with the All India Majlis-e-Ittehadul Muslimeen (AIMIM) and several other parties. The alliance of Pappu Yadav`s Jan Adhikar Party is also in the electoral fray in this phase.

Political expert and senior journalist Girindra Nath Jha said: “Votes are believed to be scattered in this election.”

After AIMIM fielded candidates in the border areas and other political parties also gave tickets to Muslim candidates, a split of votes will be seen, he said.

According to Jha, “Former Madhepura MP Pappu Yadav and AIMIM can dent both the alliances` vote bank but none of these parties can claim votes from any particular community.”

Jha believes that the main contest is between both the big alliances but in Yadav dominated areas including Madhepura, the Jan Adhikar Party and in some areas the LJP and the RLSP are making the contest triangular or multi-cornered.

In the last Assembly election, the JD-U won the maximum 24 seats from this region. Then it was allied with the RJD. This time the JD-U is with the BJP. In the last election, the BJP won 19 seats while the RJD and the Congress bagged 20 and 10 seats respectively from here. Apart from this, the CPI-ML managed to win one seat and four were won by others.

Political expert Rameshwar Prasad has a different take. He claimed that polarisation of voters has also been attempted in the 78 seats where polling is to be held. He said that despite being with the BJP, the JD-U continued to get the votes of Muslim voters.

Prasad said: “Mithilanchal, Seemanchal and Koshi areas will vote in this phase. The BJP has been strong in Mithilanchal while Muslim voters decide the result in Seemanchal. As AIMIM is contesting and Muslim League and some other political parties have fielded Muslim candidates, the opposition Grand Alliance may feel the heat.”

As Donald Trump is set to step down as US President,...