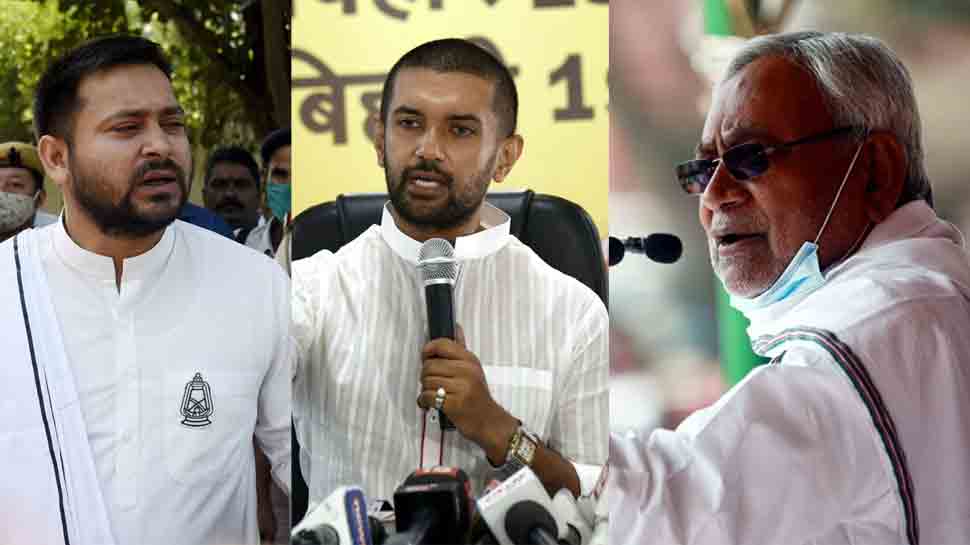 In this phase, more than 235 crore voters will exercise their franchise in 78 assembly constituencies in 15 districts for which 33,782 polling booths have been set up.

Prominent candidates include Vijay Kumar Chaudhary of Janata Dal United (JDU), Speaker of the outgoing assembly, famed for his ability to win over hostile opponents with a disarming smile, who seeks to do a hat-trick in Sarairanjan.

Besides, wife and daughter-in-law respectively of recently deceased ministers Vinod Kumar Singh (BJP) and Kapil Deo Kamat (JDU) respectively are in the fray from the late legislatorss respective seats Pranpur and Babubarhi.

According to the election commission, the fate of 1,204 candidates is to be decided in this phase, out of which 1094 are men and 110 women. As many as 31 candidates are in the fray from Gaighat, the highest, while nine candidates, the least, are contesting from Dhaka, Triveniganj, Jokihat and Bahadarganj each.

The constituencies of this phase are located in the Kosi and Seemanchal regions. The main contest in this phase is being considered between the NDA and the Grand Alliance, but former MP Pappu Yadav`s party, the Jan Adhikar Party, the Lok Janshakti Party and the AIMIM have also fielded candidates, which has increased the worries of both the major alliances.

In Bihar, elections are being held in three phases for 243 assembly seats. Polling for the first phase was held on 71 seats on October 28 and 94 seats on November 3. Counting of votes will be held on November 10.

Zoos to reopen in West Bengal from October 2; all amusement...

1 in 3 who are aware of deepfakes say they have...

4 killed as boat capsizes during Durga idol immersion in West...

Unlock 4.0 guidelines come into force in COVID-19 non-containment zones from...