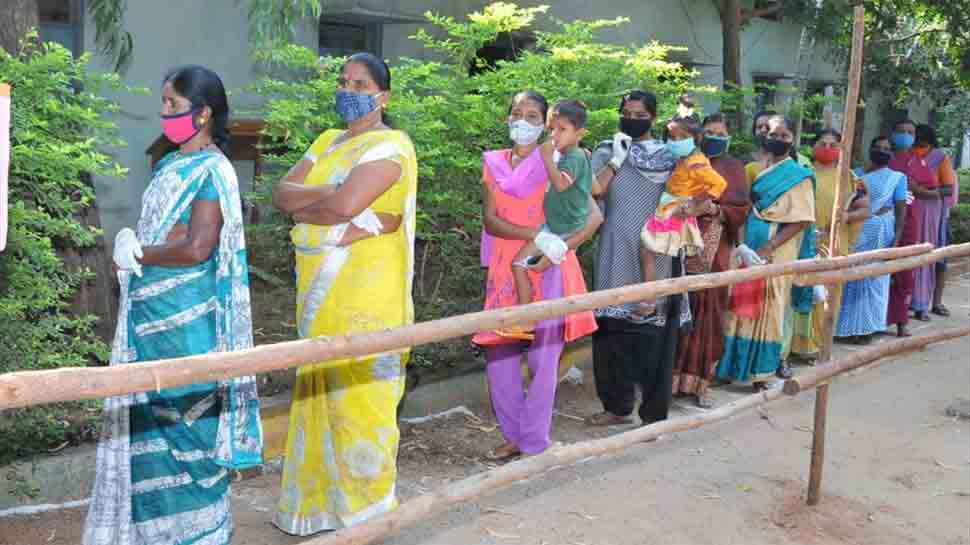 PATNA: On the instructions of the Election Commission, the live telecast of third phase of polling from four places of two assembly constituencies in Bihar for 45 countries will take place. The goal of live telecast from Katihar is to show its viewers the precautionary measures taken by the poll body to conduct safe polling during the coronavirus pandemic.

45 countries including India will watch the live telecast of third phase of polling from Katihar, which will take place from 7 am to 6 pm in Bihar.

Polling is underway in 78 assembly segments of Bihar in the third and final phase of state elections on Saturday in which 2.35 crore voters are eligible to decide the fate of 1,204 candidates. Casting of votes began at 7 am at all 33,782 polling stations where as many EVM sets and VVPAT machines have been installed and paramilitary forces deployed to maintain order.

Of the total 2.35 voters in the 78 assembly segments, spread across 15 districts of north Bihar, 1.23 are men, 1.12 crore are women while 894 are in the third gender category, according to statistics provided by the Election Commission.

In addition, re-poll is being held at two polling stations of Hisua assembly segment in Nalanda district where votes were cast in the second phase on November 3, the Election commission said.

Among the candidates in the fray, 37 belong to Bihar CM Nitish Kumar’s JD(U), 35 to the BJP, while five are contesting on tickets of junior NDA ally Vikassheel Insaan Party and one from the Hindustani Awam Morcha. The candidates of the JD(U)-BJP include the assembly Speaker and 12 members of the state cabinet.

What’s a Dog For?: The Surprising History, Science, Philosophy, and Politics...