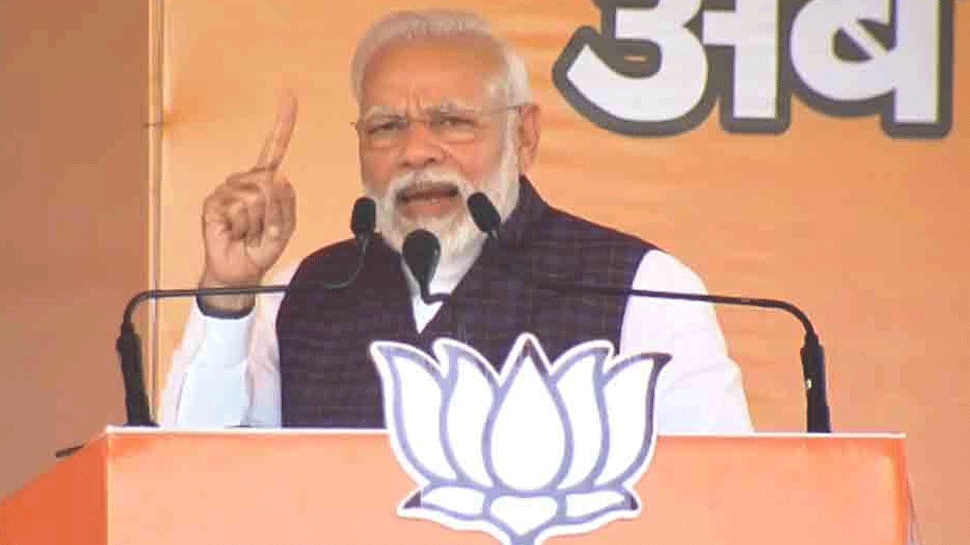 Patna: Prime Minister Narendra Modi will hold 12 election rallies in Bihar ahead of the Assembly polls, said Devendra Fadnavis on Friday (October 16, 2020). Giving more details about PM’s election rally, Fadnavis said that the rallied will be held on October 23, October 28, November 1 and November 3.

On October 23, PM will visit  Sasaram, Gaya and Bhagalpur whereas on October 28, PM will hold rallies in Darbhanga, Muzaffarpur and Patna. On November 1, PM will address the crowd in Chahapra, East Champaran and Samastipur and his last rally will be on November 3 in West Champaran, Saharsa & Araria.

The BJP is contesting the assembly elections in alliance with the JD(U). Two other parties — Vikassheel Insaan Party (VIP) and Hindustani Awam Morcha (HAM) — have also been included in the alliance.

The BJP is contesting on 110 seats in the 243-member assembly. The party has given 11 seats from its quota to the VIP. The JD(U) will contest on 115 seats, leaving its remaining share of seven seats for the HAM.

The Bharatiya Janata Party is trying every possivle measure to woo the Bihar voters. On Tuesday also released a campaign song ‘Bihar Me Ee Ba’ in Bhojpuri to counter growing rhetoric against Chief Minister Nitish Kunar and highlight the achievements of the NDA government in the state.

The assembly polls in Bihar will be held in three phases on October 28, November 3 and November 7. The results will be declared in November 10.

Changes in fire activity are threatening more than 4,400 species globally

Unlock 5: Schools in these states to reopen from October 19,...