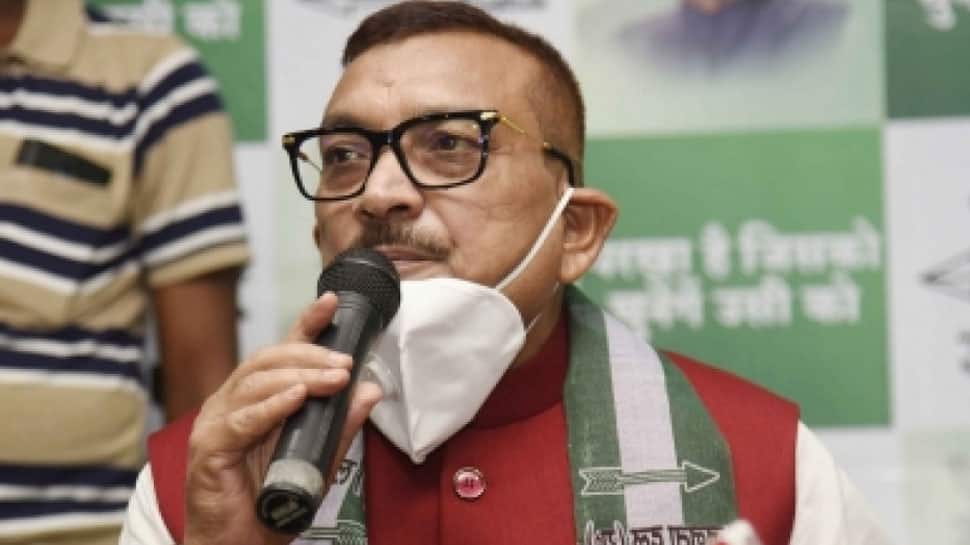 MUMBAI: Maharashtra’s ruling party Shiv Sena has announced that it will field a candidate to take on former Bihar police chief Gupteshwar Pandey in the upcoming Bihar assembly election 2020.

It may be recalled that Pandey had raised questions over Mumbai Police’s probe into Bollywood actor Sushant Singh Rajput’s death and later joined the ruling Janata Dal (United) after taking voluntary retirement from the service.

“Not just Maharashtra but the entire nation saw his theatrics [in the Rajput case]. Now he has joined JD (U) and is going to contest from Buxar. Our simple Shiv Sainik who will contest against him will give him a tough fight,” the Shiv Sena leader said.

Pandey is expected to contest the elections on a JDU ticket. Desai further said that the party has begun its preparations for the Bihar assembly elections after getting a nod from party chief Uddhav Thackeray.

The Maharashtra-based party is likely to contest on 50 assembly seats in Bihar that go to the polls in three phases from October 28.

Though Uddhav Thackeray’s party does not have a formidable voter base outside Maharashtra, the party has been contesting elections in states like Uttar Pradesh, Madhya Pradesh, Gujarat, Bihar, and Goa.

Bihar with 243 assembly seats will go to polls in three phases: October 28, November 3 and November 7. The results will be declared on November 10.

Concealed in aircraft, socks and rectum, 3.15 kg gold worth Rs...

Equalling Michael Schumacher’s record of 91 wins was beyond my wildest...