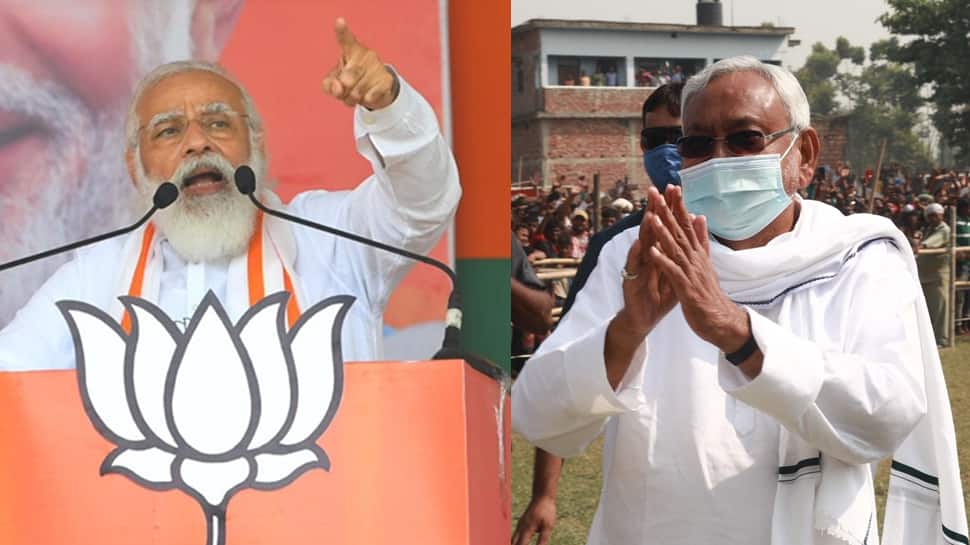 Bihar Chief Minister Nitish Kumar on Wednesday “saluted” people for giving a majority to the NDA in Bihar and thanked Prime Minister Narendra Modi for his support.

“The people are our lord. I salute people for the majority they have given to the NDA. I am also thankful to Prime Minister Narendra Modi for the cooperation I have been receiving,” Kumar tweeted in his first reaction after the ruling coalition won a majority in Bihar.

The NDA won 125 seats in the 243-member Bihar assembly against 110 clinched by the opposition Mahagathbandhan to pave the way for a fourth successive term for Kumar in the office. With the NDA getting a comfortable majority in the Bihar assembly, all eyes are now on the formation of the next government which will likely be sworn in soon.

Kumar, who looks on course to becoming the longest-serving chief minister of the state during his new term, will send his resignation to the governor since his current tenure expires at the end of November. The record is currently held by the state’s first chief minister Srikrishna Sinha who was in office for 17 years and 52 days. Kumar has so far helmed the state for 14 years and 82 days.

Upon being administered the oath of office, Kumar will also hold the distinction of having been sworn in seven times as chief minister in two decades. He first took oath as chief minister in 2000 when the state threw up a hung assembly but resigned a few days later for want of adequate number of MLAs backing him.

In 2005, he became the chief minister after the NDA secured a full majority, and returned to power five years later. In 2014, he stepped down owning moral responsibility for the JD(U)’s debacle in the Lok Sabha elections but returned as the CM less than a year later. In November 2015, the Grand Alliance comprising the JD(U), RJD and the Congress, which declared him as its chief ministerial candidate, won the assembly elections and Kumar was again sworn in.

In July 2017 he stepped down heeding his “inner voice” which had been tormenting him over his then deputy Tejashwi Yadav’s name cropping up in a money laundering case. Kumar was, however, sworn in again the very next day when he formed a new government with the BJP.

The JD(U) chief is expected to get the full backing of all constituents of the NDA, including the BJP, which has outperformed his party in the assembly elections. The BJP has returned with a tally of 74 while the JD (U) has only 143. In addition, the NDA in Bihar includes former chief minister Jitan Ram Manjhi’s HAM(S) and Bollywood technician-turned-politician Mukesh Sahni’s VIP which have won four seats each.

IND vs ENG: I don’t see England winning any Test against...

This state has announced night curfew till year-end to check COVID...

2 terrorists gunned down during encounter in Baramulla’s Pattan area in...