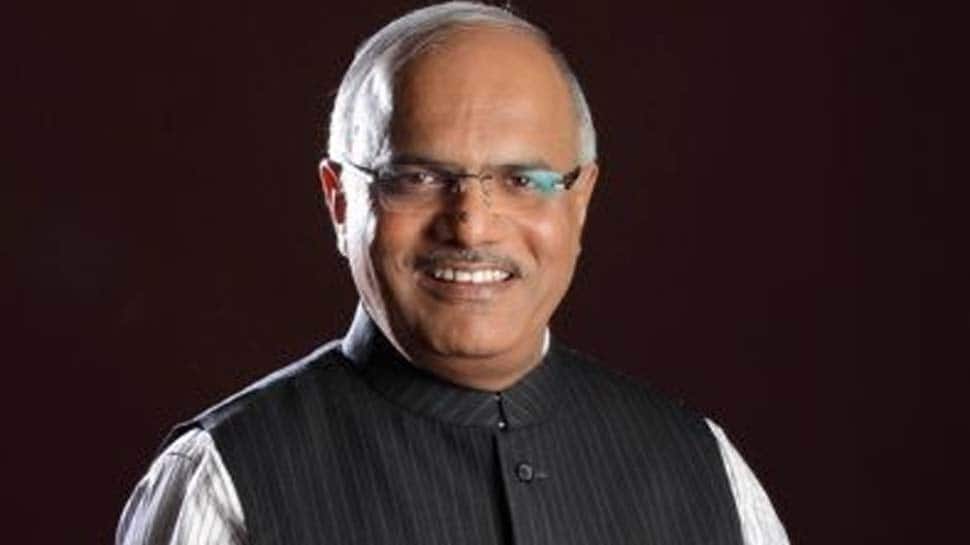 BJP Rajya Sabha MP Vinay Sahasrabuddhe on Thursday said that he has tested positive for the coronavirus COVID-19 infection. Taking to micro-blogging site Twitter, he stated that earlier he had tested negative and attended the ongoing Monsoon Session of the Parliament.

Sahasrabuddhe further said that on September 16 night he developed a headache and mild fever, following which he got examined and the result came out positive.

Last Friday had got examined and was tested Negative hence attended Parliament!But last night I had headache+mild fever,got examined n have tested Positive for Covid-19!Operating under strict protocols n medication as advised byDocs!Those interacted with me may pl consult doctors

He added that he is operating under strict protocols and taking medication as advised by the doctors. He asked all those who interacted with him to consult doctors.

“Last Friday had got examined and was tested Negative hence attended Parliament!But last night I had headache+mild fever,got examined n have tested Positive for Covid-19!Operating under strict protocols n medication as advised byDocs!Those interacted with me may pl consult doctors,” he tweeted on Thursday evening.

Hectic preparations were underway for the Monsoon Session with several first-time measures taken because of the coronavirus pandemic. These new measures include testing of MPs, staggered seating arrangements in Lok Sabha and Rajya Sabha, and the use of both chambers and galleries to accommodate the members.

Lok Sabha Speaker Om Birla had said that 257 members will be seated in the Lok Sabha hall, 172 in Lok Sabha gallery, 60 in Rajya Sabha and 51 in the Rajya Sabha gallery due to the COVID-19 crisis. He had said attempts were made to mimise the use of paper and MPs will mark their attendance digitally. Screen LEDs will be put up to conduct the proceedings smoothly.

Chambers will be sanitised and the MPS will have to undergo the RT-PCR test for COVID-19 before the session begins, the Lok Sabha Speaker had said.

Amid the Opposition’s demand for the election of the Deputy Speaker, the Lok Sabha Speaker had said the house and the government have to take a call on it. Birla had said holding the monsoon session this year was a challenge because of the COVID-19 pandemic but it will be “historic”.

“Holding the monsoon session was a challenge during the pandemic but we have to fulfill our constitutional responsibilities. We want Parliament to become more accountable and answerable to people,” Birla had said at a press conference. “This session will be a historic session as it is being held in the midst of the COVID-19 pandemic. Our effort is to conduct the session as per the guidelines issued in the wake of the pandemic,” he had added.

Birla had said the Zero Hour will be of half-an-hour duration and there will no Question Hour but written questions could be asked and they will have to be answered. When asked about opposition leaders asking about the Deputy Speaker election, Birla had said he doesn’t have to elect, and it is for the house and the government to decide.

India at forefront of COVID-19 vaccine development, some of them in...