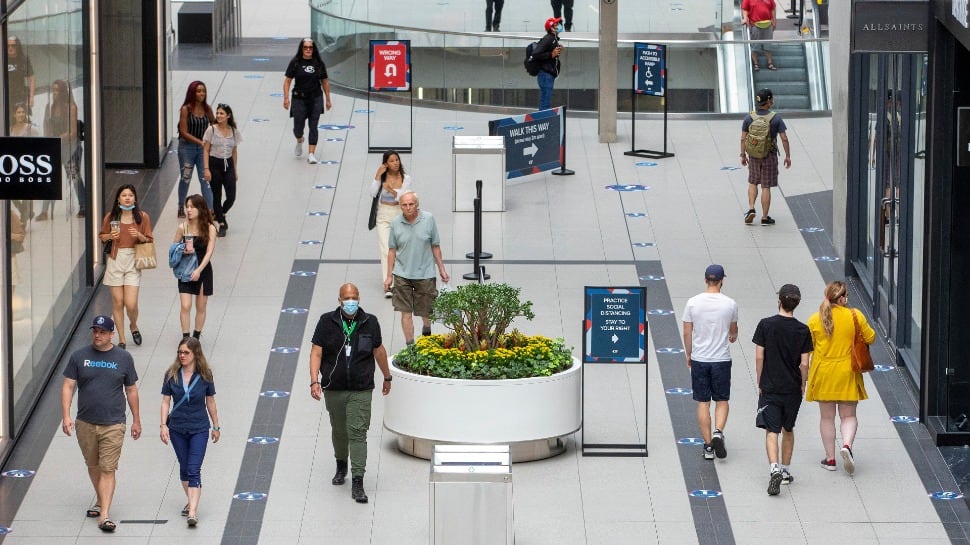 A recent study has revealed that the Canadians feel that India’s rise in the region could contain China. A Canada based think tank – Asia Pacific Foundation (APF) released a report titled ‘2020 National Opinion Poll: Canadian Views on Asia’, on November 25, 2020, which reflects that the perception of India is continuously enhancing amongst the Canadian public and they advocate the Canadian government to strengthen the bilateral ties with India, across sectors.

Contrasting to the perception of Canadians on India, they hold a striking and strong anti-China perception at the same time, in almost all the fields mentioned in the survey. This is perhaps due to the umbrella of issues like technological ambitions through Huawei and ZTE, human rights abuses in Xinjiang, Tibet and Inner Mongolia, curbing of the democratic movement in Hong Kong, and China’s aggression in at multiple fronts including the South China Sea and Indo-Pacific, besides others.

Canadians feeling towards China have recently taken a sharp dip from 4.9 to 3.6 (AFP measured Canadian feelings on a scale of 1-10) in 2020. In comparison, Canadian’s feeling of warmth towards India grew to 5.8 over recent years. Canadian perception of other nations in the Asia-Pacific region like Vietnam and Taiwan grew immensely at 6.3 and 6.6 respectively.

The report also showed that two-thirds of Canadians were distrustful of China’s initial response to the COVID-19 pandemic. This led to 55% of Canadians stating that their perception of China had greatly diminished.

Similarly, 67% of Canadians also stated that the Chinese government did not act responsibly at the beginning of the outbreak and even withheld crucial information from the world about the deadly virus. On the other hand, the survey cited Taiwan and Vietnam as countries that handled COVID-19 pandemic well.

The report also showed that majority of Canadians are growing wary of China, with 65% stating that they considered  China’s economic power to be a threat rather than an opportunity, striking contrasting to Canadian feelings towards India.

(2) Canada builds bi-lateral and regional networks in the Asia-Pacific.

(3) Canada aligns itself on trade, economic, security and a host of other issues with like-minded democracies; and

(4) Canada prioritizes its relationship with the US.

These priorities depict the preferences of the Canadian public on foreign policy issues of Canada and each of the priority has an important message for the Canadian government.

As the first priority, Canadians expect their government to improve its relations with India and other democratic countries like Japan and South Korea. The report by AFP found that Canadians wished multiculturalism as the core of their foreign policy and its interaction with the Indo-Pacific region.

The second priority focuses on the need for Canada to engage in bilateral and regional networks. The most appealing option available to Canada is to join the strategic alliance of Quad, comprising of the United States, Japan, Australia and India. The primary goal of the alliance is to contain and curb China’s growing aggressive actions in the Indo-Pacific and South China Sea. Since Canadians wish to increase security ties with like-minded democracies in the region, the Quad provides the perfect opportunity for them to enter the security dynamic of Asia-Pacific, increase Canada presence in the region, and join Quad to constitute ‘Quad+’. Another decisive step could be joining the Malabar naval exercises, conducted by the navies of India, Japan, the United States and Australia.

As the third priority, the report highlights the Canadians want their country to align with like-minded democracies in terms of trade, economic, security and foreign policy. The United Kingdom’s Prime Minister Boris Johnson is on a campaign to strengthen the democracy-10 or D-10 alliance-a coalition of top democratic power to counter China’s threat to the world order. As being co-members of alliance with India, Canada shall ensure to strengthen the India,s position in the region to counter the Chinese expansionism. This has been the common aim of the other four members of the Five-Eye countries and Canada should sooner join the league.

The fourth priority highlighted by Canadian citizens was to improve and prioritise Canada’s relationship with the United States. Achieving this goal shall indeed require Canada to follow the footsteps of the US in taking a tough stance against China and its continued aggression in the Indo-Pacific region and its other nefarious actions around the world. Canadians also view Taiwan in much more of a positive light than China.

68% of Canadians also stated that they would support Taiwan joining the Comprehensive and Progressive Agreement for Trans-Pacific Partnership (CPTPP). Given the positive perception of Canadians on Taiwan and Vietnam, Canada needs to join the US and Five-Eye nations in containing China in the South China Sea as well.

In the study, the APF also surveyed the Canadian public on various topics pertaining to Asia – ranging from economics and human rights to strategic affairs and regional cooperation. The survey, at large, highlights that the Canadian citizens view India with a super positive perspective and are optimistic about Canada’s relationship with India.

Highlighting Canadians optimistic outlook towards India, the report stated that most of the Canadians remain open to more investments from India in the sectors of high-tech and biomedical.

As per the report, the survey revealed that over 72% of Canadians view India’s rapid economic growth as an opportunity rather than a threat. In the area of trade and investments, a whopping 86% of Canadians opine that Canada should diversify its trade relations in Asia and its trade flows in Asia has immense potential. In the field of Foreign Direct Investment (FDI), Canadians welcome investment from India in the field of technology, biomedical and healthcare. With respect to free trade Agreements, the survey showed a large portion of Canadians favoured Canada’s investment in India.

The findings of the study come as India’s capital is currently witnessing massive farmers protests as a consequence of certain policy decision, on which the Canadian Prime Minister Justin Trudeau has also commented. His remarks invited an enormous backlash and criticism in India.

Dustin Poirier knocks out Conor McGregor on his return to Octagon...