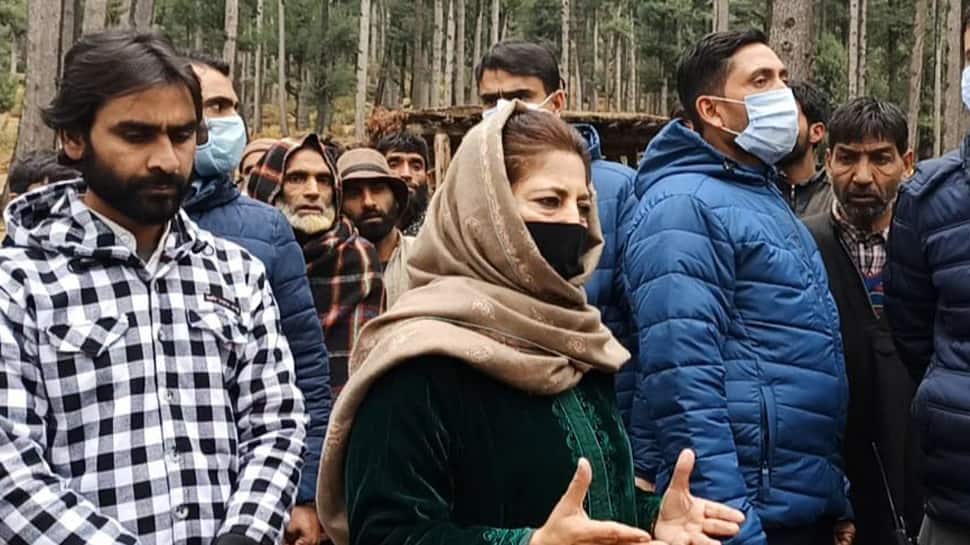 In a scathing attack on the Centre, former Jammu and Kashmir Chief Minister Mehbooba Mufti on Monday (November 17) said that the government is trying to hound the depressed communities of Jammu and Kashmir. she added that the actual displacement of Kashmiris has started most unfortunately with the forcible eviction of ‘Gujjars and Bakerwals’ from their pastures.

“The Gujajrs have been using log and mud sheds in pasture lands since times immemorial during the grazing season. They are part of the forest and our environment. Sadly, a drive has been launched to demolish these structures which they use as temporary shelters during summers. Their families have been harassed, using strong arm methods where in desperation they wanted to resist their main support to their livelihood. Does this mean that these nomadic tribes can no longer go to pastures? Is that the Part 2 of this displacement scheme? Who do they intend to sell the forest land to?,” asked the former Chief Minister.

Mehbooba asserted that as already reported in the media, the government has requisitioned – 24 thousands kanals of forest land for setting up industries there. According to Mehbooba, that will be a disaster for not only the Forests and environment but also cause in the Gujjar community being rendered homeless. “While hundreds of new provisions of laws have been introduced without any consultation with local stakeholders and mostly not beneficial to us, the few laws that could result in some benefit to the residents to the state are not being implemented. One of them is the Forest Act of 2006, which could provide a legal framework for Gujjar and Bakarwal rights on Forest land. Similarly, while lands are being requisitioned in bulk, the Central land Acquisition Act is not being implemented, so that the landholders of J&K do not receive any benefit therefrom,” Mehbooba said.

The PDP chief added that the illegal and immoral assault on Gujjar and Bakarwal population is a wake-up call for all of us and that the dislocation has begun with them and it will hit all of us. “I call upon the government to immediately stop this illegal encroachment and harassment of a marginalized and most vulnerable community, who will do everything to peacefully resist this and defend their rights,” she said.

Mehbooba said that August 5, 2019 was not an event but beginning of a process of complete disempowerment and displacement of the people of J&K and that the process has been unfolding in parts with most of the new laws targeting land, resources and population of J&K and Ladakh. Every aspect of our life is threatened. “The new domicile laws have opened a flood gate of not just bona fide entrance but for a planned mass influx of different kinds of people which its planners think could be part of its strategic management of the Muslim majority state.

She said, “You have already given 24 thousand kanals of land for the industry, its our forest, and today you want to give this to people who are their friends from whom they get the funds.  They want to keep the land of Jammu and Kashmir on sale.”

Hard not to be a Kolkata Knight Riders fan after watching...

The secret behind male ornaments