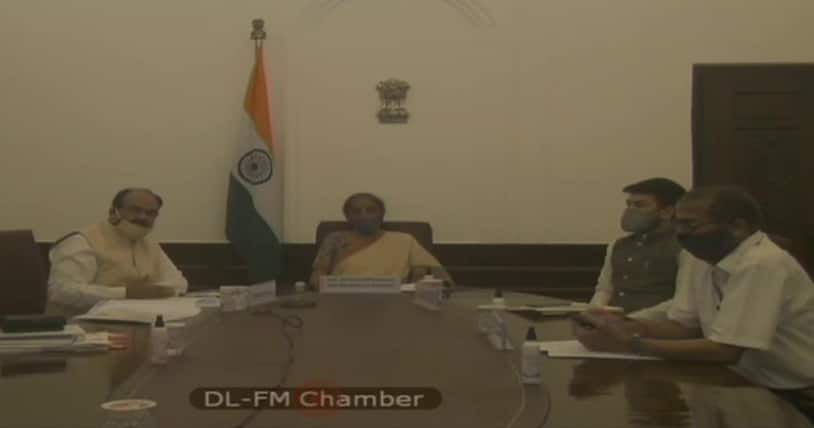 New Delhi: Union Finance Secretary Ajay Bhushan Pandey on Thursday (August 26) said that GST collection has been severely impacted this year due to COVID-19 pandemic while talking to reporters after the 41st meeting of GST Council through video conferencing.

As per GST Compensation Law, states need to be given compensation, said the Finance Secretary, adding “Attorney-General said that GST compensation has to be paid for a transition period- from July 2017 to June 2022. Revenue has to be protected compensation gap to be met from cess fund, which in turn has to be funded from levy of cess.”

Ajay Bhushan Pandey further said that the Attorney General of India said that protected revenue has to be protected but compensation gap to be met from cess fund, which in turn has to be funded from levy of cess.

“As mentioned by Finance Minister in GST Council meeting held in March, legal views of the matter were sought from the Attorney General of India who said that GST compensation has to be paid for transition period from July 2017 to June 2022, the Finance Secretary said.

Ajay Pandey said, “AG’s clear opinion was that compensation gap cannot be met from India’s consolidated fund. Option 1 presented to GST Council was to provide a special window to states, in consultation with RBI to provide Rs 97000 crores at a reasonable interest rate.”

“Option 2 presented to GST Council was that the entire GST compensation gap of Rs 2,35,000 crore of this year can be met by states, in consultation with RBI. These options will be sent to states for a view within 7 days and will apply for this fiscal year only,” the Finance Secretary added.

The 41st meeting of the Goods and Services Tax (GST) Council that comprises representatives of all states, and headed by Union Finance Minister Nirmala Sitharaman, reportedly held deliberations via video conferencing on ways to make up for the shortfall in states’ revenues.

The states ruled by non-NDA parties pushed for the Centre meeting its statutory obligation of covering the deficit, the Centre cited a legal opinion to say it had no such obligation if there was a shortfall in tax collections.

Gangotri temple portals to be closed from this date due to...