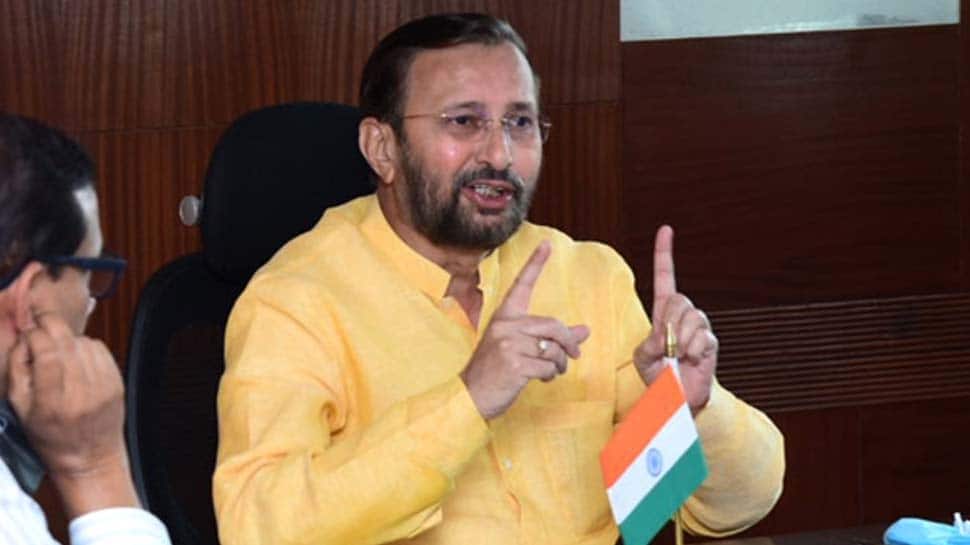 Union Minister Prakash Javadekar on Thursday slammed the Congress for allegedly targeting the media and said trampling on media freedom will not be tolerated by the people of India. His reaction came after the Mumbai Police claimed to have arrested four persons in a Television Rating Points (TRP) manipulation racket and alleged that a national channel was also involved in it.

TRP is a tool to judge which TV programmes are viewed the most and also indicates the viewers’ choice and popularity of a particular channel.

Free press is a defining feature of our democracy and a cherished ideal of the Constitution. Trampling on media freedom will not be tolerated by people of India.

Targeting of the media by #Congress and its allies is against all principles of democracy and is unacceptable.

Taking to micro-blogging site Twitter, Javadekar said that free press is a defining feature of India’s democracy and a cherished ideal of the Constitution. He added targeting of the media by Congress and its allies is against all principles of democracy.

In a tweet, the Information and Broadcasting Minister, said, “Free press is a defining feature of our democracy and a cherished ideal of the Constitution. Trampling on media freedom will not be tolerated by people of India. Targeting of the media by #Congress and its allies is against all principles of democracy and is unacceptable.”

This comes as Mumbai Police claimed to have busted a TRP manipulation racket. It has tightened the noose around Hansa, an agency associated with the Broadcast Audience Research Council (BARC), which calculates the TRP. Hansa, which has been responsible for the maintenance of over 3000 parameters across the country, including around 2000 in Mumbai, has allegedly been tampering with the TRP.

The Mumbai police commissioner told reporters that a national TV news channel, allegedly facing flak over its attack on Mumbai police and Maharashtra government in the Sushant Singh Rajput death case, was also involved in the TRP racket. The Detection Crime Branch of Mumbai police, which unearthed the TRP racket, has arrested owners of two Marathi channels, for manipulating viewership ratings, the official said.

The government believes in press freedom but showing “provocative news” for the sake of TRP is not journalism and it must stop, Union Minister Prakash Javadekar had said on October 9. Speaking at an event organised by RSS newsletter Panchajanya, he had said after paid news and fake news, this is the era of “TRP journalism”.

“There used to be paid news, fake news and now there is TRP journalism. The unnecessary burden of TRP must be stopped by the media. Someday they will have to improve themselves,” the minister had said. He said there has to be a process for popularity measurement, “but showing provocative news is not journalism”. “The government believes in freedom of the press. It does not want to take away anyone’s rights, but journalism should be responsible and the media should do it itself,” Javadekar had said.

IMF projects impressive 11.5 per cent growth rate for India in...

No infiltration attempt by Chinese Army along LAC in Ladakh’s Chumar,...

Indian Army to get drones from Israel, America for surveillance along...