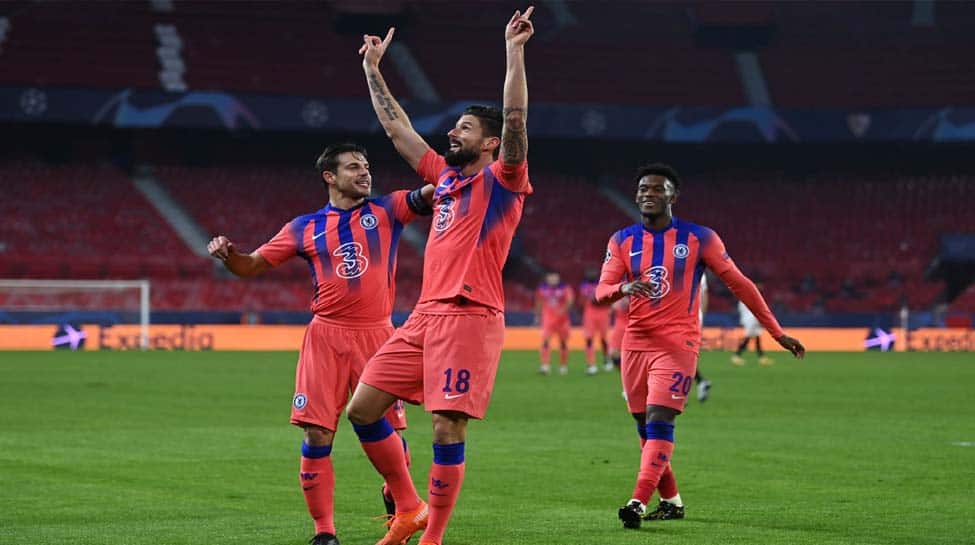 Olivier Giroud scored astonishing four goals as Chelsea secured a famous 4-0 away European win over Sevilla and, with it, also reached the top spot in their Champions League Group E.

The 34-year-old has also become the oldest player to score a hat-trick in Champions League era.

“When I’m on the pitch I’m the happiest man, you know. I just try to do my job. I try to be patient and keep the faith, keep believing. I just try to bring something else to the team and sometimes, you know, you feel anything can happen and this night was one of them,” Giroud said while speaking to UEFA.com after the match.

The striker scored his opening goal in the eighth minute and rest of his three goals came in the second half (54, 74 and 83 minutes respectively).

“It was an amazing performance to score four goals in the Champions League is a fantastic achievement. I am delighted for him,” said Chelsea manager Lampard.

Get ICICI Bank debit card on availing loan against securities –...

Fire breaks out at state-run SSG Hospital in Gujarat’s Vadodara |...