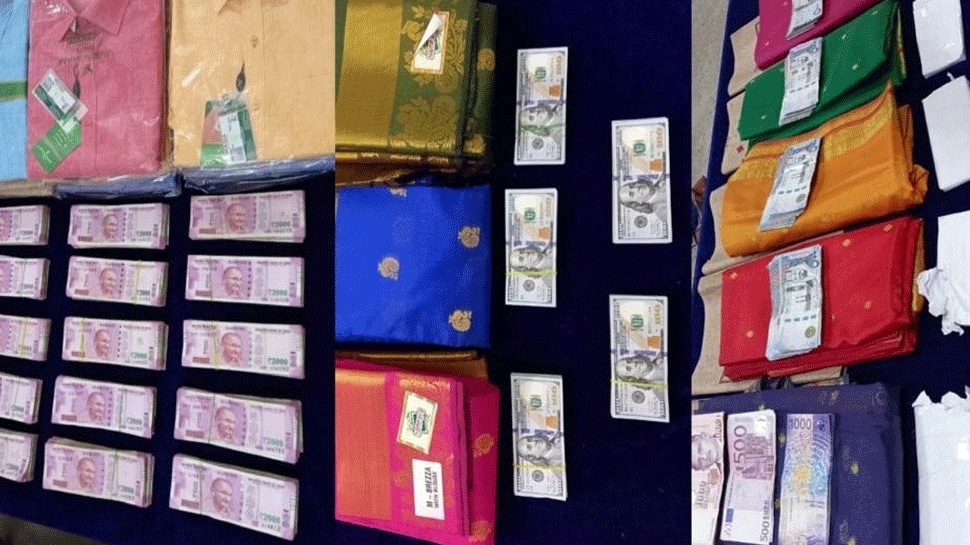 CHENNAI: The Chennai Air Customs Department on Thursday said that it has seized foreign and Indian currency worth Rs 1.36 crore at International Courier Terminal at the Chennai Airport.

Based on specific intelligence that the currency was likely to be smuggled out of India through courier mode, three courier parcels destined for Singapore were intercepted at International Courier Terminal, Chennai, the department said in a release.

“Two parcels were declared to contain 15 sarees each, shawls etc were taken up for examination. On opening a carton, as declared sarees were found inside. On unfolding the sarees, white envelopes were found concealed inside 5 sarees.

The parcels were booked by two Chennai based persons who were engaged in the photography business. Both have been arrested.

Further investigation into the matter is in progress, the department said.

Pic of Taimur playing cricket is the cutest thing on internet...

Over 51,000 people evacuated as storm approaches in southern Philippines |...

Amid COVID-19 surge in Delhi, RT-PCR tests to be increased from...

Ex-MLA beaten to death by goons over land dispute in Uttar...