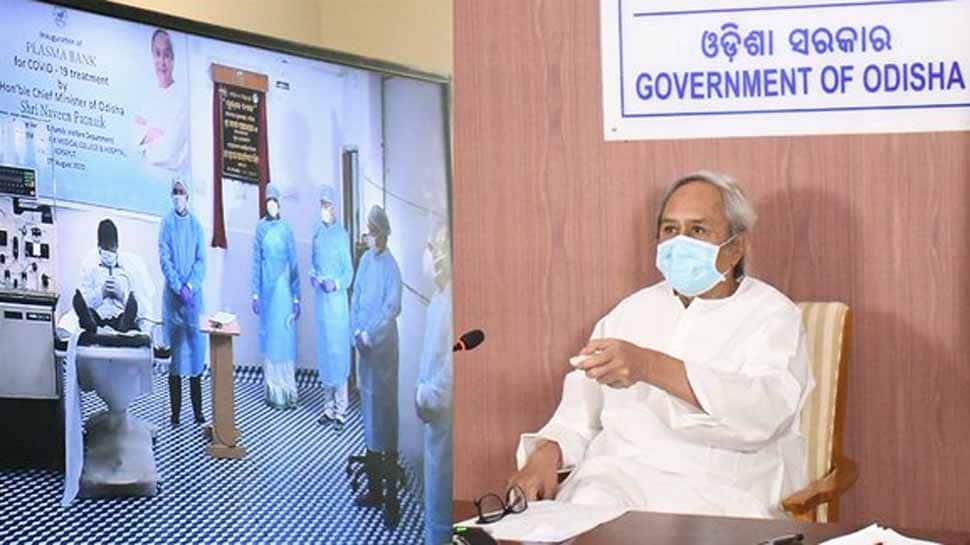 The Chief Minister`s Office (CMO) in a tweet said: “Further strengthening preparedness against COVID19, CM Naveen Patnaik has inaugurated Plasma Bank at SLN MCH, Koraput. The CM said the plasma bank will not only set a new milestone but also strengthen the faith of tribal communities on advanced medical procedure.”

Further strengthening preparedness against #COVID19, CM @Naveen_Odisha has inaugurated #PlasmaBank at SLN MCH, Koraput. CM said, the plasma bank will not only set a new milestone but also strengthen the faith of tribal communities on advanced medical procedure. #OdishaFightsBack pic.twitter.com/1Ny6oH9rcU

Patnaik highlighted his government’s vision in enabling medical facilities for all and claimed that with this initiative plasma will be more easily available and accessible to all needy COVID-19 patients in Odisha.

“CM said this is in line with Govt`s vision of enabling access to advanced healthcare for all & commitment to ensure nobody is deprived of advanced healthcare facilities. Citing that plasma is showing good results in patients, CM reiterated his appeal to all eligible Covid survivors to come forward to donate plasma to save precious lives. CM said each donor is recognised as a worthy citizen of Odisha,” read another tweet.

On July 16, Patnaik had inaugurated Odisha’s first Plasma Bank at SCB Medical College and Hospital in Cuttack and announced that Plasma Therapy will be made available free of cost for everyone.

According to medical experts, bodies of people who recover from coronavirus produce an anti-body/plasma in the blood to help the infected person fight against the pathogen. A bit of this anti-body/plasma is induced to a critical patient which could help in the latter’s recovery from the disease.

It might be now or never for Serena Williams, says tennis...

Statins may reduce cancer risk through mechanisms separate to cholesterol

Indian monsoon can be predicted better after volcanic eruptions