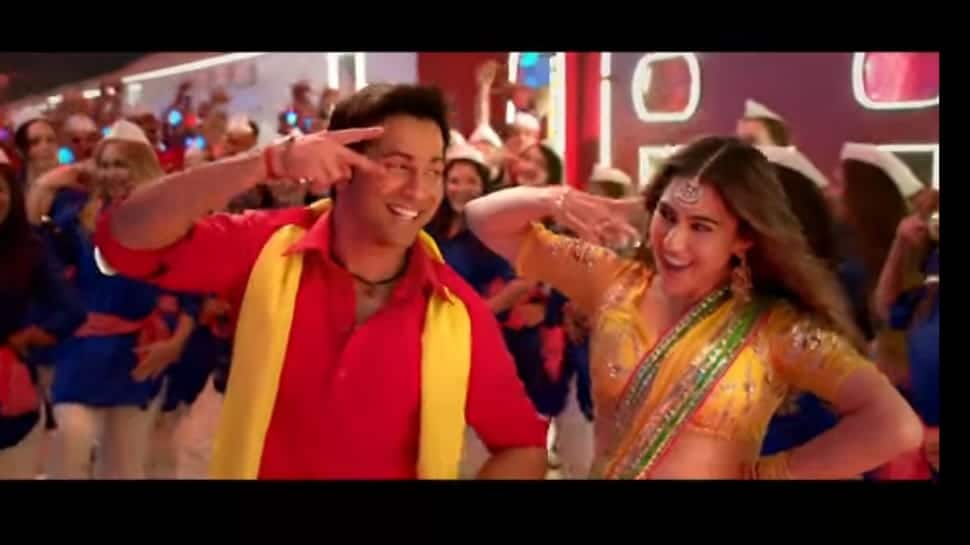 In ‘Teri Bhabhi’, Varun, who plays a coolie in the film, is smitten by Sara and her beauty, and introduces her as ‘bhabhi’ to his other coolie friends. The song has it all, groovy musical beats, Varun’s impeccable dance skills, Sara’s million-dollar looks and their adorable chemistry.

‘Teri Bhabhi’ is sung by Javed – Mohsin Ft. Dev Negi and Neha Kakkar while it is written by Danish Sabri. The music composer duo Javed and Mohsin have also composed the song.

Check out the song here.

Taking to Instagram on Wednesday, Sara Ali Khan had put out the teaser of the song. She captioned it as, “Coolie ke Dil ko lagane Chabi. Aa rahi hai kal subah Bhabi. #TeriBhabhi song out tomorrow! Time for fun, forget all sorrow!!”

The trailer of the David Dhawan-directed film was released last weekend. Fans of Varun and Sara are super-excited to see their stars recreate Govinda and Karisma Kapoor’s charm and comic timing on screen.

‘Coolie No. 1’ will stream on Christmas – December 25 – on Amazon Prime Video.

Does science have a plastic problem? Microbiologists take steps to reducing...

The internet is yet again furious with Kangana Ranaut – Check...

Mahesh Bhatt and Mukesh Bhatt refute all allegations made by Luviena...