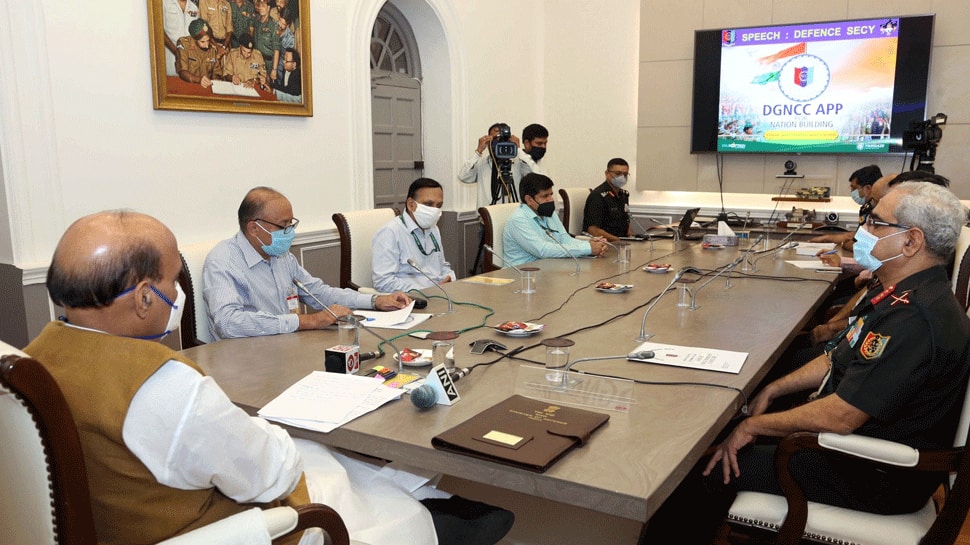 In view of the restrictions imposed by COVID-19, training of NCC cadets has been affected adversely as it is mostly contact-based training. Since schools/colleges are not likely to open in the near future, a need was felt that training to NCC cadets should be imparted utilising the digital medium. Defence Minister also interacted with the NCC cadets via video conferencing during the launch of the App and also answered their questions.  He wished them success and motivated them to excel in all spheres of life, an official release said.

In his address to the NCC Cadets, Singh said the app will be useful to them in digital learning and overcoming the difficulties posed by COVID-19 due to restrictions on direct physical interactions. But if one moves ahead with determination and self-confidence, he or she would be able to clear all hurdles and achieve success, he added.

Rajnath Singh praised the contribution of more than one lakh NCC Cadets who supported the frontline Corona warriors by executing various tasks in the fight against the pandemic.

In addition, Singh himself was an NCC Cadet.

The DGNCC Mobile Training App aims at providing NCC cadets entire training material (syllabus, précis, training videos and frequently asked questions) on one platform. The App has been made interactive by including a query option. By using this option, a cadet can post his question related to the training syllabus and the same will be answered by a panel of qualified instructors.

This App will certainly be a positive step towards automation of NCC training, in line with Digital India vision of Prime Minister Narendra Modi and will go a long way in assisting the NCC cadets in easier access to training material in these testing times of pandemic.

Blow to China as Indian Army takes control of 6 new...

WHO approves Pfizer-BioNTech COVID vaccine for emergency use | World News

When Irrfan Khan scribbled notes for son Babil on his room...

Big Aadhar Card Update! Now the document can be made in...