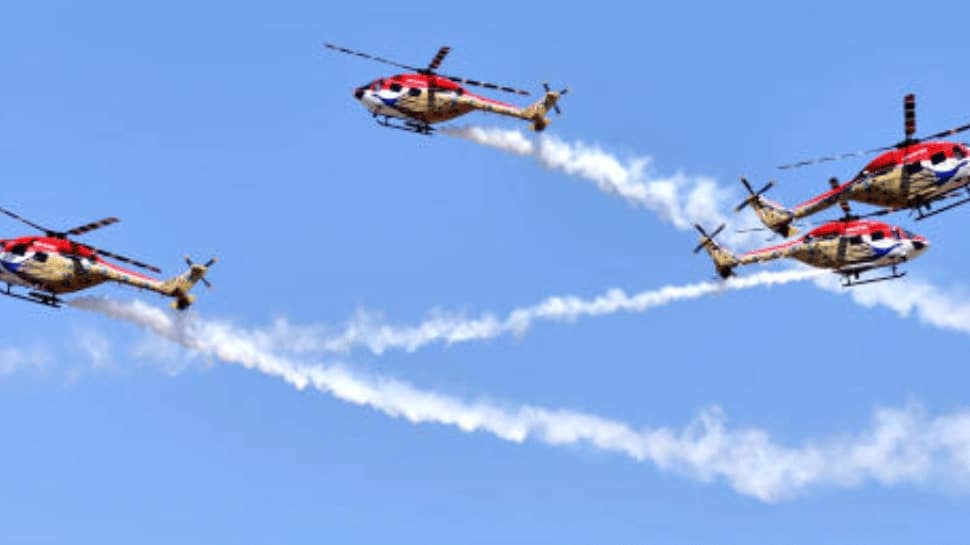 New Delhi: The Defence Ministry has taken an in-principle decision to host the next edition of Aero India — considered Asia’s largest aerospace exhibition — in its traditional venue of Bengaluru from February 3-5 next year notwithstanding the coronavirus pandemic, official sources said on Friday.

The ministry took the decision to hold the biennial event as scheduled following inputs from the domestic defence industry and global aerospace majors, they said. The sources said Defence Minister Rajnath Singh has already held a number of internal meetings on hosting the mega event.

“It was decided that the event will be hosted while taking maximum precaution against the coronavirus pandemic,” said a source. Since its inception in 1996, Bengaluru has been hosting the event.

The sources said a significant number of global defence majors and big investors are expected to participate in the event besides official delegations from several countries. The defence ministry plans to showcase its initiatives in promoting India’s defence manufacturing at the event.

The government has unveiled a number of policy initiatives in the last few months with an aim to boost domestic defence production. On August 9, the defence minister announced that India will stop the import of 101 weapons and military platforms like transport aircraft, light combat helicopters, conventional submarines, cruise missiles and sonar systems by 2024.

In a related development, the DRDO on Monday identified 108 military systems and subsystems like navigation radars, tank transporters and missile canisters for the domestic industry to design, develop and manufacture.

The premier organisation said it will also provide support to industries for design, development and testing of these systems on a requirement basis.

It has set a target of next year in developing the 108 systems and subsystems. India is one of the largest importers of arms globally. According to estimates, the Indian armed forces are projected to spend around USD 130 billion in capital procurement in the next five years.

The defence ministry has set a goal of a turnover of USD 25 billion (Rs 1.75 lakh crore) in defence manufacturing in the next five years that included an export target of USD 5 billion (Rs 35,000 crore) worth of military hardware.

Why COVID-19 spares younger children? Here’s what the scientists say |...

To recreate ancient recipes, check out the vestiges of clay pots