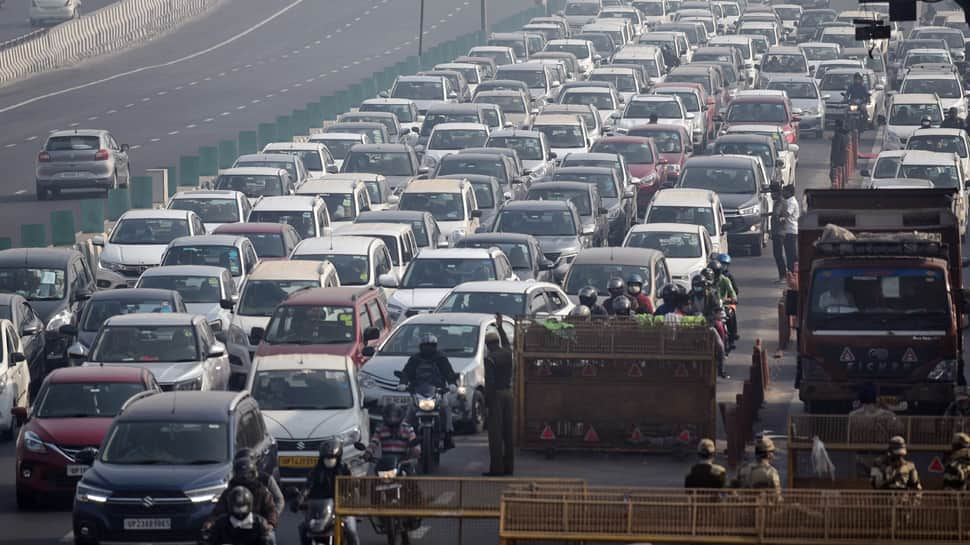 Amid the ongoing farmer protests that entered the sixth day on Tuesday, several roads in different parts of the national capital were closed and the Delhi Traffic Police issued an advisory for alternate routes.

Throughout the day, serpentine queues of vehicles clogged the roads in parts of Delhi as the Delhi Police kept the Singhu and Tikri borders with Haryana closed for traffic and heightened checking at other places. The closure of borders has also resulted in heavy traffic on other alternate routes between Delhi and Haryana.

In the latest development, the Chilla border (Delhi-Noida Link Road) was closed in the evening as protesting farmers blocked the Link Road from Delhi to Uttar Pradesh.

Chilla border for Noida has been closed due to on going Kishan protest. Motorists are advised to take alternate routes for Noida.

The Delhi Traffic Police has issued an advisory requesting commuters travelling to Noida to take a U-turn from Ghazipur/Akshardham flyover and take Sarai Kale Khan route.

The Noida-Delhi route (Chilla Red Light) has been closed due to a sit-in demonstration by farmers, they added. The polica has asked commuters to reach their destination using alternate routes (DND route, Kalindi Kunj route).

More protesters converged near the borders of the national capital as the stir by farmers against the agri laws appeared to intensify, prompting the Delhi Police to enhance security and place concrete barriers at all entry points from Haryana and Uttar Pradesh.

The farmers, who on November 29 had announced that they would block five points of entry into Delhi in coming days while rejecting the Centre’s offer to hold talks once they move to the Burari ground, said they have come for a decisive battle and urged Prime Minister Narendra Modi to listen to their “mann ki baat”.

Peaceful protests were underway at both the Singhu and Tikri borders, where farmers had gathered from Punjab and Haryana, for the sixth day. The numbers of farmers at the Ghazipur border swelled, with more joining them from Uttar Pradesh.

Interest on employee contributions to PF above THIS amount now taxable;...

A new look at sunspots

Trends in treatment, survival among women with advanced ovarian cancer

Lung tissue from COVID-19 patients and others reveals promising target to...