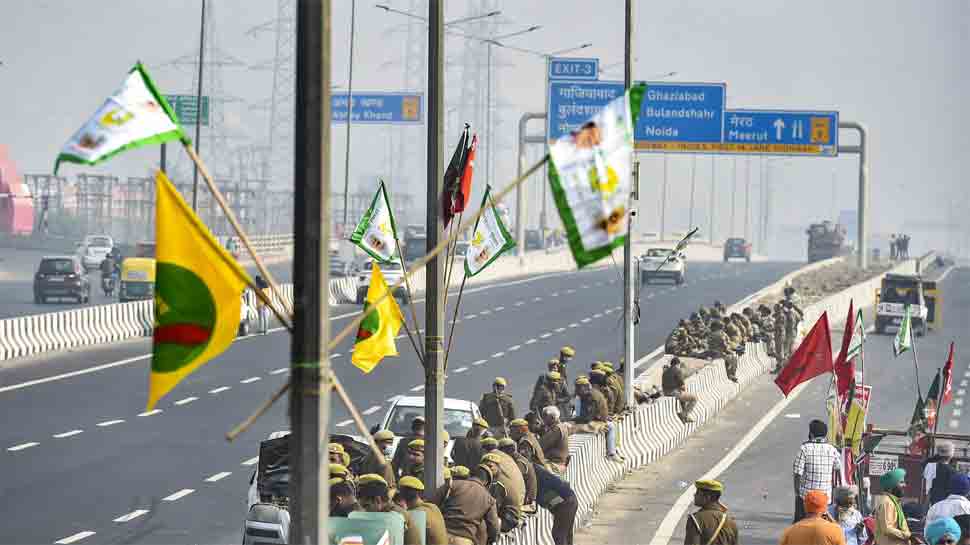 NEW DELHI: With farmers protesting against the new farm laws staying put at the national capital’s gateways, the Delhi Traffic Police on Sunday (December 6) advised people to take alternative routes for entering and exiting the city. Thousands of farmers from Punjab, Haryana and other parts of the country have been camping at Delhi’s borders for the past 10 days to demand a repeal of the agriculture reform laws.

The Delhi Traffic Police took to Twitter to inform commuters about alternative routes open for travelling to the neighbouring states of Uttar Pradesh and Haryana.

It advised those commuting to Delhi to come via the DND instead of Noida Link road. Chilla border on Noida link road is closed for traffic from Noida to Delhi due to the farmers’ protest near Gautam Budh Dwar.

Tikri and Jharoda borders are closed for traffic movement but Badusarai border is open only for light motor vehicles like cars and two-wheelers, it said.

Enacted in September, the three farm laws are anticipated to bring “reforms” in the agriculture sector by removing middlemen and allowing farmers to sell their produce anywhere in the country.

Farmers worry these laws will eliminate the safety net of the Minimum Support Price (MSP) and do away with mandis that ensure earning. But the government says the MSP system will continue and the new laws will give farmers more options to sell their crop.

The government is holding talks with farmers, who have called for a ‘Bharat Bandh’ on December 8 and threatened to occupy toll plazas.

The key to happiness: Friends or family?