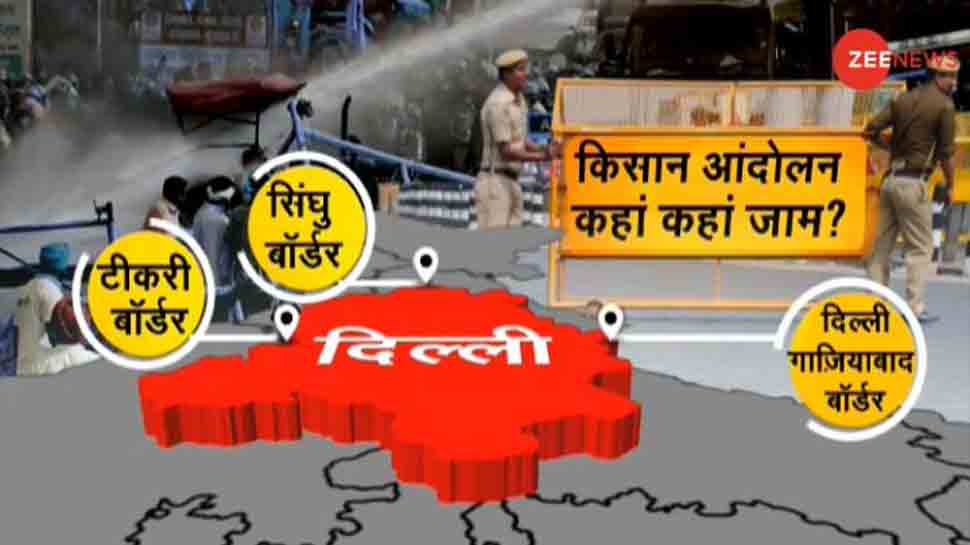 NEW DELHI: Delhi Police have made elaborate security arrangements as farmers decided to camp at the Singhu border (Delhi-Haryana) to protest against the central farm laws.

Security has been tightened and barricading was done at Ghazipur-Ghaziabad (Delhi-UP) border where farmers have gathered in protest farm laws. Farmers have been protesting at various places in Delhi and Haryana and have rejected the central government`s offer to hold talks on December 3 saying that imposing conditions for starting a dialogue is an insult to them.

Meanwhile, Delhi Police on Monday advised people to avoid travelling towards Singhu and Tikri borders as traffic movement was not allowed on these routes.

The closure of borders has also resulted in heavy traffic on other alternate routes between Delhi and Haryana.

Commuters are advised to avoid the following roads:

While some farmers agreed to go to Burari’s Nirankari Ground in Delhi, a government-designated site to carry out the protest against the farm laws, the remaining have decided to put stay on roads and highways and all entries of Delhi borders.

The farmers, who are regularly holding strategy meets, said they do not accept any conditional dialogue as offered by the central government and announced that they will continue to block all five entry points to Delhi.

Bhumi Pednekar reaches out to school students to raise awareness on...

With more than 37 lakh recoveries in India post-COVID care gains...

Uddhav Thackeray should resign if he can’t look after law and...