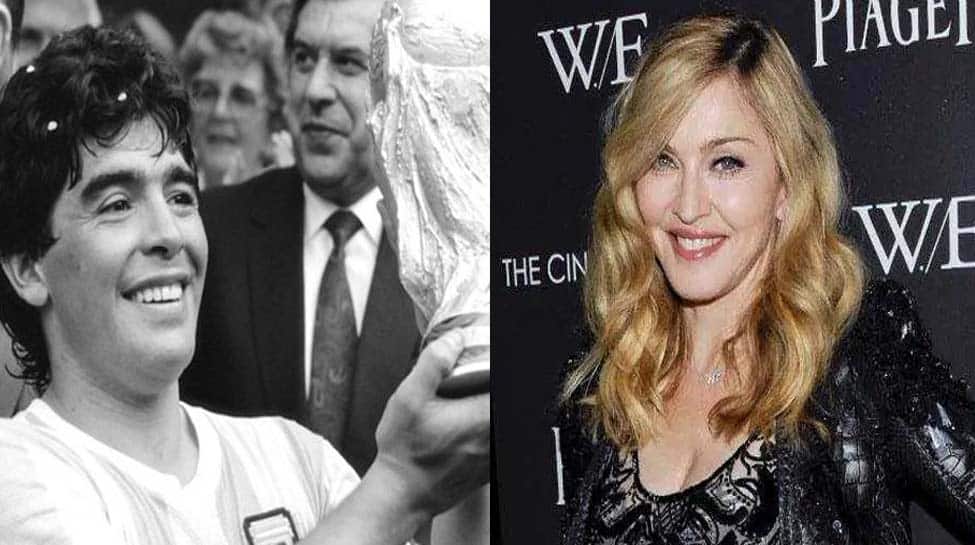 Argentine football legend Diego Maradona breathed his last on Wednesday at the age of 60 after suffering a massive heart attack.

Soon after the untimely demise of Maradona, the legend’s name started trending on Twitter as fans from all over the world took to social media to pay tributes.

Along with Maradona, pop singer Madonna too began trending as some ignorant and confused users mistook her with the Argentinian.

Some of the Twitteratis thought that the Queen of Pop has passed away and they started flooding social media with rest in peace messages along with her name.Let us take a look at some of those tweets:

However, the well-versed fans soon took notice of the same and started putting the record straight.

Maradona the footballer no more died of Cardiac arrest, Madonna the singer very much alive and kicking she was mistakenly thought to be dead by public!

You cant beat the Americans

Fondly remebered for winning the 1986 World Cup for Argentina with a stellar performance that captivated the hearts of millions of fans across the globe,Maradona notched up a total of 34 goals in 91 appearances he made for the national team during his illustrious football career.

Maradona brought up arguably two of the most famous goals in the history of the game during the quarter-final clash of the 1986 World Cup against England.

Popularly known as the ‘Hand of God’, Maradona’s first goal came when he slotted the ball into the net with his bare hand. Just four minutes later, Maradona  single-handedly dribbled through the whole English defence and then scored past goalkeeper Peter Shilton for his second goal. Till date, that goal is considered to be the greatest goal ever scored on the football pitch.

Argentinian president Alberto Fernandez has declared three day of mourning in the country for Maradona’s death.During this time, the body of the football great will lie in state at the Casa Rosada– the seat of the Argentina government.

Meanwhile, thousands on mourners came out onto the streets of Naples and Buenos Aires in Italy in order to pay tribute to Maradona as football stadiums across Europe remained silent ahead of the Champions League matches on Wednesday night.It is to be noted that the Argentinian great spent the prominent years of his playing career in Naples, for whom he  scored 81 goals in 181 league appearances.

Rhea and Showik Chakraborty’s bail plea to be heard on Sep...

Antibiotic exposure in children under age 2 associated with chronic conditions