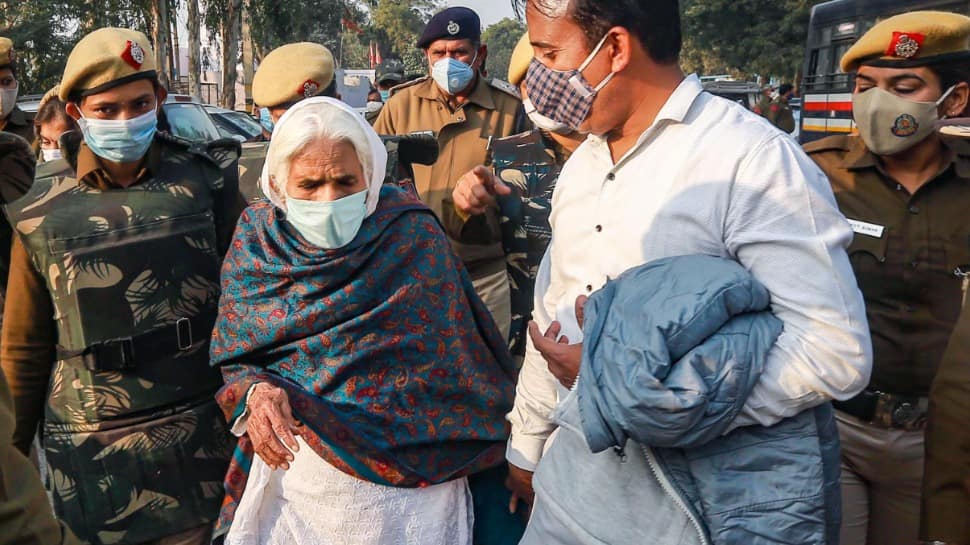 New Delhi: Bilkis Dadi, the woman face of the anti-Citizenship Amendment Act (CAA) protests at Delhi’s Shaheen Bagh, came out to support the agitating farmers on Tuesday (December 1, 2020), but couldn’t make her presence felt as she was detained by Police and released later.

Bilkis who had reportedly expressed her willingness to join the farmers’ protest, was stopped by Delhi Police at the Delhi-Haryana border at Singhu.

“She was stopped at the Singhu Border and was escorted by the police back to her home in southeast Delhi,” PTI quoted a senior police officer as saying.

Shaheen Bagh’s Bilkis Dadi was recently selected as one the ‘Icons’ in TIME’s most influential people’s list for her role in the protests against the CAA in the national capital. “She had been sitting there ever since Indian Prime Minister Narendra Modi’s government passed the Citizenship Amendment Act, which could block Muslims from citizenship in the country, in December, and she continued through the cold winter,” the TIME quoted a journalist as saying.

Meanwhile, amid massive protests by farmers on new agriculture laws, the Centre is currently holding a meeting with farmer leaders to address their concerns.

As per ANI, the Centre has suggested, “You give names of 4-5 people from your organizations and constitute a committee in which there’ll be representatives from govt as well as agricultural experts to discuss new agricultural laws.”

The reason behind the widespread protests is these three new laws – The Farmers` Produce Trade and Commerce (Promotion and Facilitation) Act, 2020, The Farmers (Empowerment and Protection) Agreement on Price Assurance and Farm Services Act, 2020, and The Essential Commodities (Amendment) Act, 2020.

The farmers’ protest on Tuesday has entered the sixth consecutive day.

Ergonomics of working from home: What was once a perk is...

During the coronavirus pandemic, radio has proved to be the medium...

No relief for Republic TV editor-in-chief Arnab Goswami yet as Bombay...