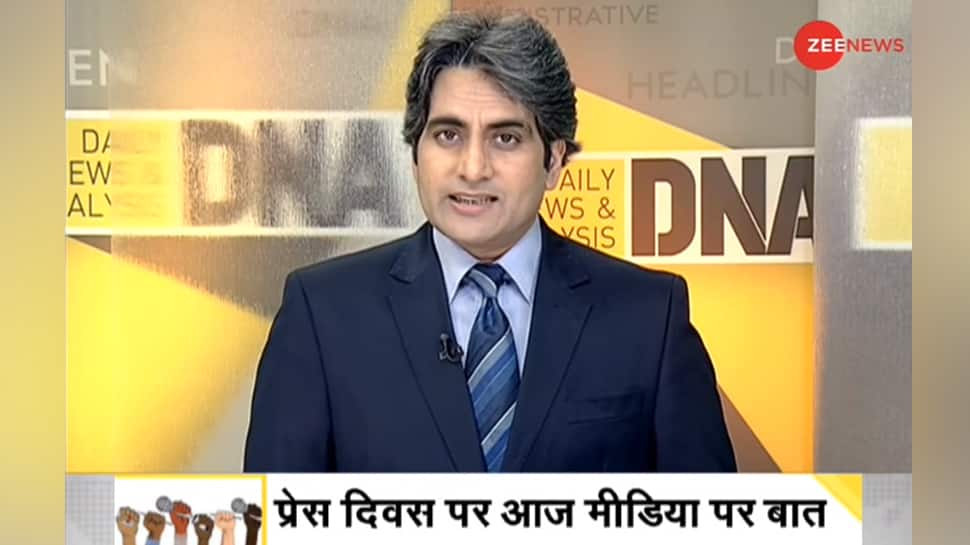 Journalism is one of the oldest professions in the world and even today it is believed that when a society needs to change very fast, then there is no other weapon more effective than journalism. Today is National Press Day and on this occasion, we will try to understand that with time the edge of this weapon has become blunt, faster than before or the use of this weapon by different people now according to their own convenience is being done.

India is one of the few countries in the world where media has been present for thousands of years. Currently, more than one lakh newspapers and magazines are published in India. Every day more than 17,000 newspapers are published in different languages ​​in India and 100 million copies are printed every day. India is the largest market in the world for the newspaper. The number of 24-hour news channels in India is over 400 and this is also the highest in the world.

Talking about modern India, the first newspaper to be published in India was named Bengal Gazette, which was published by an Englishman James Augustus Hicky in 1780. In the years that followed, newspapers such as The India Gazette, The Calcutta Gazette, The Madras Courier and The Bombay Herald began to be published. But after the first freedom struggle of 1857, the number of newspapers printed in different languages ​​of India started increasing.

At the time of this freedom struggle, there was not so much media expansion in India that its news could reach every corner of the country through newspapers. But some newspapers in Britain published detailed reports on this first battle of independence. However then this news was first sent to Bombay via Telegraph and then from there to London and it took several weeks.

On July 18, 1857, a very long article was published on this news in the British newspaper The Illustrated Times. But the interesting thing is that if this news was published in today’s era, then due to the 24-hour news channels and digital media, this news would reach the British Raj in minutes and by the time the Indian soldiers fighting the battle would come out of Meerut and till then Britain would have stopped these soldiers by sending their army troops there.

Under the Press Act enacted in 1910, about one thousand newspapers were acted upon, 500 newspapers were banned separately and the editors of many newspapers were jailed for accusing them of treason. In 1917, Mahatma Gandhi started the Satyagraha movement in India, it was published prominently by the newspapers of India and through newspapers, the desire of freedom was awakened in the minds of the people of the country. The British government did not like this and after some time the Press Emergency Act of 1931 was implemented. Under this, the action was taken on thousands of newspapers once again.

When the Second World War started in 1939 and Britain dragged India into this war, the newspapers started criticizing it and the British government became strict once again on the newspapers of India. News from abroad started to be filtered and in November 1939, when the prisoners in jails across the country went on hunger strike, the newspapers were told not to publish the news.

But despite the strictness of the restrictions, the newspapers of India did not stop printing news about the freedom struggle, Mahatma Gandhi’s speeches were prominently printed, movements like Dandi March and Quit India got a good place in the newspapers, revolutionary Bhagat Singh There was also large-scale reporting on the hanging trial and the news of the killing of the martyr Chandrashekhar Azad.

However, when the UK government tightened up and prevented the newspapers from reporting the Quit India Movement of 1942, the All-India Newspaper Editors’ Conference at that time assured the British government that they would abstain from publishing its news. But despite this, the work of sending information to the people did not stop, news of the movement started being heard through confidential radio messages, and many newspapers started Under Ground Publications.

In 1946, when the interim government was established in India and the partition of India and Pakistan was set, the restrictions on the media were reduced. But then there was a fight between the Hindu press and the Muslim press, which states that when the British was there, the media of India was fighting as one. But as soon as the British announced their departure from India, the division of press was started on the basis of religion.

The Bofors scandal took place in the 90s, the stock market and the fodder scam too but most of the reporting of these scams was also done through newspapers. But soon a handful of newspapers monopoly on the news was about to end. After two decades of Emergency, private satellite channels entered India, Zee News was India’s first private channel, founded in 1995. After this, other private news channels started to be seen in India.

This situation turned journalism into a race, although it had some happy results as well as some sad magnitude. The good result was that for the first time when the things were said in the media they started going deep in the minds of the people.

For the first time as the Kargil war of 1999, the people of the country watched a live broadcast of a war sitting in their homes. This was a period when the internet was also expanding in India. News websites were also being created and people who had internet facilities read about this war in details on the internet. That is, social media started with this.

This was followed by the incident of Kandahar hijack when terrorists hijacked Flight 814 of Indian Airlines and the terrorists took it to Kandahar. Zee News then reported the incident 24 hours in a row. There was a 9/11 attack in America in 2001 and for the first time, Indian media covered an international incident on such a large scale. Then in December 2001, the Parliament of India was attacked.

At the same time, TRP measuring scales were entered and news channels started making programs keeping this TRP in mind. This is where the decline of content started in the media to an extent. But during this time there have been many such big incidents when the media diverted attention from TRP and really did journalism, whether it was the Jessica Lal murder case, the 2G scam news, the coal scam was exposed. Be it the Commonwealth scam, or the agitation for Janlokpal and Nirbhaya, the media continued to play its role.

After this, a period also came when the media formed and toppled governments in the country. A special section of this media started transferring and posting officers with the leaders. Some journalists even started preparing the list of cabinet ministers. The effect of attendance at courts was that large farmhouses of journalists were formed. Some journalists became owners of Media Houses and the media has turned into an industry. Although the media has been in the hands of big industrial houses earlier, its goal has now become just profit-making.

Now social media and OTT Platforms have come after media and these platforms are now influencing people’s thoughts and polluting them as well. Sadly, people need all the information they get from this media for free. But you should keep in mind that when you get a product for free, then you become a product yourself.

India will not accept any shofting of LAC, says CDS General...

Igniting the synthetic transport of amino acids in living cells

EAM S Jaishankar to visit Tokyo on October 6 for quad...