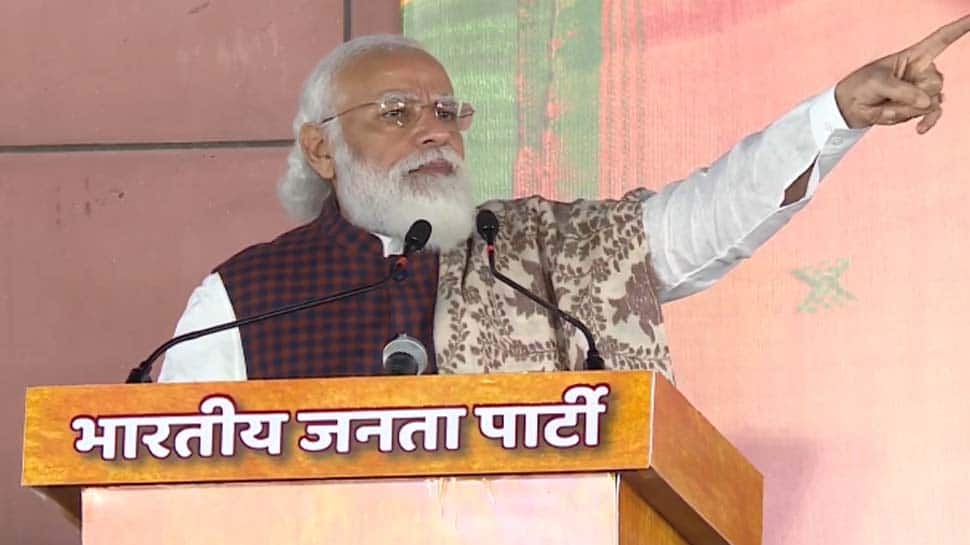 “Those who are unable to challenge us through democratic way, they have adopted violent means to eliminate BJP workers. If they think that they will be able to fulfil their dreams, I would like to say that people will teach them a lesson. Elections will come and go, maut ke khel se mat nahi mil sakta,” said PM Modi.

Addressing party workers at a felicitation function after the BJP’s victory in Bihar elections and various bypolls, he hit out at family-run parties saying they are the biggest threat to the democracy and rued that even a national party had fallen prey to it.

The PM said that the only mantra for his party’s victory was “Sabka saath, sabka vikas and sabka vishwas”. PM Modi said the poll results in Bihar and other bye-elections across the country have made it clear that people will now support only those who work honestly for development.

“People have decided that development alone will be basis of national politics in 21st century,” he said. Lauding the people of the country for reposing their faith in the BJP, the prime minister also thanked and praised the Election Commission, security forces and administration for peaceful and successful conduct of elections.

These poll results have broadened the outcome of Lok Sabha elections, the prime minister said referring to BJP’s success in polls and bypolls across the country. “BJP is the only national party in which poor, dalits, deprived see their representation; only BJP understands the need of every section, region. The poll results have endorsed the way we have tackled COVID-19 pandemic,” he said.

PM Modi also said that women across the country are the ‘Silent voters’ which support the BJP across all rural and urban regions. Amid a festival-like atmosphere with the crowd chanting ‘Modi hai to mumkin hai (Modi can make it possible), BJP president J P Nadda earlier said at the event that people of Bihar have put their stamp of approval on PM Modi’s work to deal with COVID-19 and help poor during the pandemic. He also said Bihar has chosen ‘vikas raaj’ over ‘goonda raaj’, ‘DBT raaj’ over ‘loot raaj’ and led over lantern.